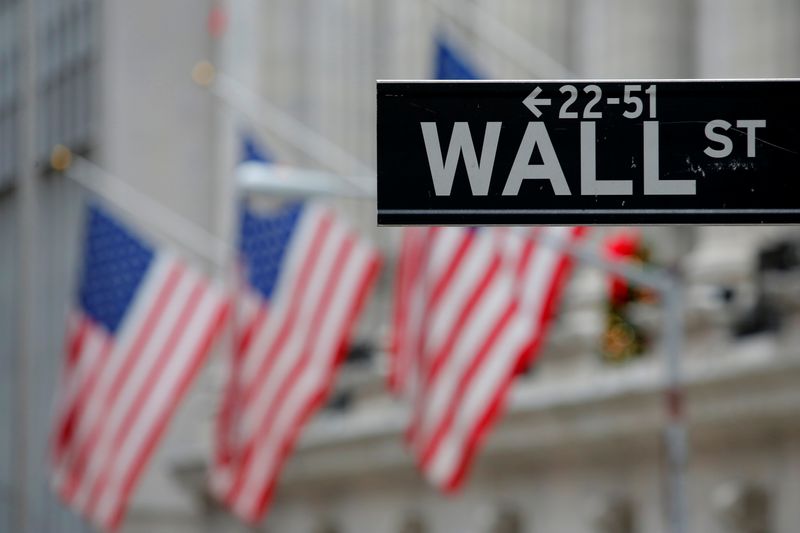 NEW YORK (Reuters) -A tough year in markets is leading some investors to seek refuge in cash, as they capitalize on higher interest rates and await chances to buy stocks and bonds at cheaper prices.

The Federal Reserve has roiled markets in 2022 as it implements huge rate hikes in an effort to moderate the steepest inflation in 40 years. But higher rates are also translating into better rates for money market funds, which had returned virtually nothing since the pandemic began in 2020.

That’s made cash a more attractive hideout for investors seeking shelter from market gyrations – even though the highest inflation in forty years has dented its appeal.

Assets in money market funds have stayed elevated since jumping after the pandemic began, coming in at $4.44 trillion as of last month, not far from their peak of $4.67 trillion in May 2020, according to Refinitiv Lipper.

“Cash is now becoming a viable asset class because of what has happened to interest rates,” said Paul Nolte of Kingsview Investment Management, who said the portfolios he manages have 10 to 15% in cash versus less than 5% typically.

“It gives me the opportunity in a couple months to look around in the financial markets and redeploy if the markets and the economy look better,” said Nolte.

Investors are looking to next week’s Fed meeting, at which the central bank is expected to enact another jumbo rate hike, following this week’s consumer price index report that came in hotter than expected.

The fell 4.8% in the past week and is down 18.7% this year. The ICE (NYSE:) BofA U.S. Treasury Index is on pace for its biggest annual drop on record.

Meanwhile, taxable money market funds had returned 0.4% so far this year as of the end of August, according to the Crane 100 Money Fund index, an average of the 100 largest such funds.

“They are looking better and their competition is looking worse,” said Peter Crane, president of Crane Data, which publishes the money fund index.

Of course, sitting in cash has its drawbacks, including the possibility of missing a sudden reversal that takes prices for stocks and bonds higher. Inflation, which stood at 8.3% on an annual basis last month, has also dented the appeal of cash.

“Certainly you are losing some purchasing power with inflation running at 8-plus percent, but… you are taking some money off the table at a risky time for equity markets,” said Peter Tuz, president of Chase Investment Counsel. “Your equities could be down 8% in two weeks.”

While an obvious sign of caution among investors, extreme levels of cash are sometimes viewed as a so-called contrarian indicator that bodes well for equities, said Mark Hackett, Nationwide’s chief of investment research, especially when taken in concert with other measures of investor pessimism.

Hackett believes stocks may stay volatile in the near-term, amid various risks including potential earnings weakness along with high inflation and the hawkish Fed, but he is more upbeat about the outlook for equities over the next six months.

“There’s a degree of a coiled spring developing where if everybody is already on the sidelines at some point there is nobody left to go on the sidelines and that leads you to potentially any piece of good news resulting in a very outsized move,” Hackett said.

David Kotok, chief investment officer at Cumberland Advisors, said his U.S. equity portfolio made up of exchange-traded funds is currently 48% in cash after being almost fully invested in equity markets last year.

Stocks are too expensive given risks including rising interest rates, the potential for a Fed-induced recession and geopolitical tensions, Kotok said.

“So I want cash,” Kotok said. “I want the cash to be able to deploy back into the stock market at lower prices or substantially lower prices, and I don’t know which opportunity I’ll have but the only way I can seize it is to be holding that amount of cash.”