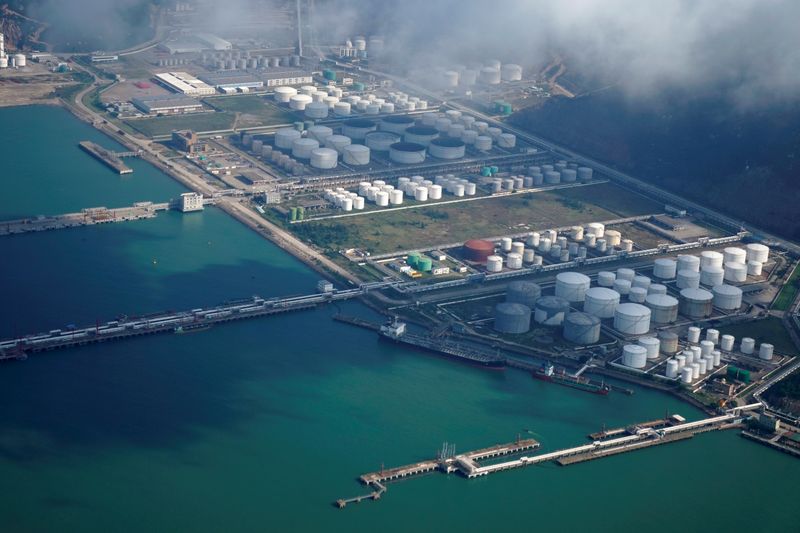 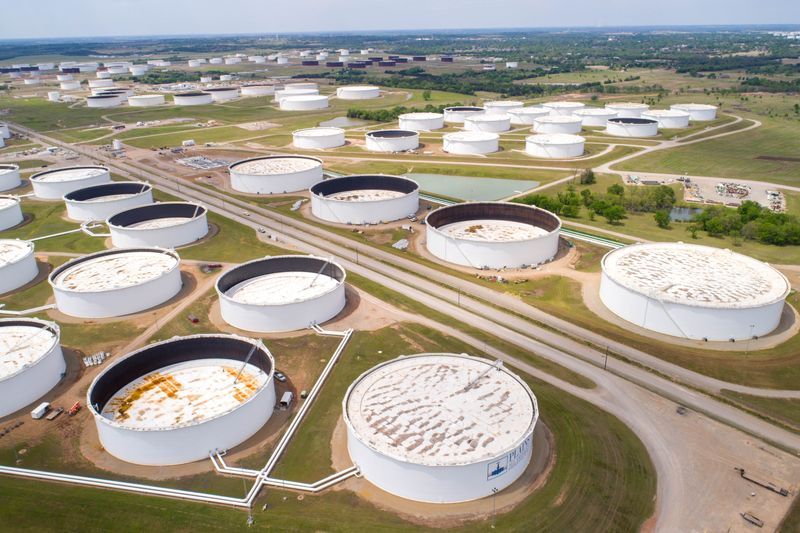 By Florence Tan and Jeslyn Lerh

SINGAPORE (Reuters) -Oil prices climbed on Monday as a weaker dollar and supply concerns ahead of the European Union embargo on Russian oil in December offset fears of a global recession that could dampen fuel demand.

Both contracts, which slid more than 1% last week on concerns that another interest rate hike by the Federal Reserves could slow global growth, were supported by a weaker dollar which came off multi-year highs. A weaker U.S. dollar makes dollar-denominated commodities less expensive for holders of other currencies.

“The market still has the start of European sanctions on Russian oil hanging over it. As supply is disrupted in early December, the market is unlikely to see any quick response from U.S. producers,” ANZ analysts said Monday.

More supply disruptions remain a risk, while easing COVID-19 restrictions in China could also provide some optimism, the analysts said.

China has started easing COVID curbs in Chengdu, a southwestern city of more than 21 million people, which has helped to soothe concerns about demand in the world’s No. 2 energy consumer. China’s gasoline and diesel exports also rebounded, easing high local inventories, after Beijing issued fresh quotas.

Despite questions about the future of the world economy, Kuwait Petroleum Corporation’s (KPC) chief executive said on Sunday its customers still demand the same volumes with no change.

The Gulf state currently produces more than 2.8 million barrels per day of oil in accordance with its OPEC quota.

Elsewhere, oil loading and exporting operations from Iraq’s Basrah oil terminal are back to their normal rates on Saturday, Basrah Oil Company said, a day after being halted due to a spillage which has now been contained.

In Nigeria, Shell (LON:)’s 200,000 barrels per day Bonga deep water storage and offloading vessel is scheduled for maintenance in October, a spokesperson said on Sunday.

The oil and gas rig count, an early indicator of future output, rose four to 763 in the week to Sept. 16, its highest since August, energy services firm Baker Hughes Co said on Friday.