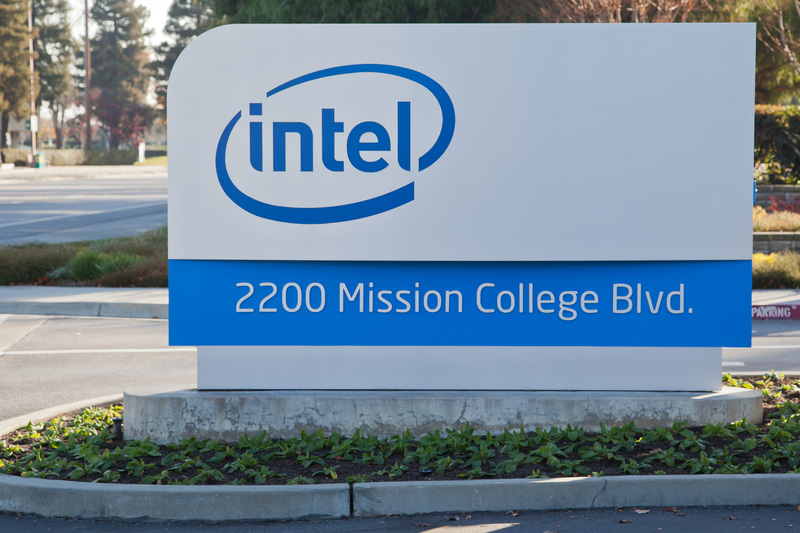 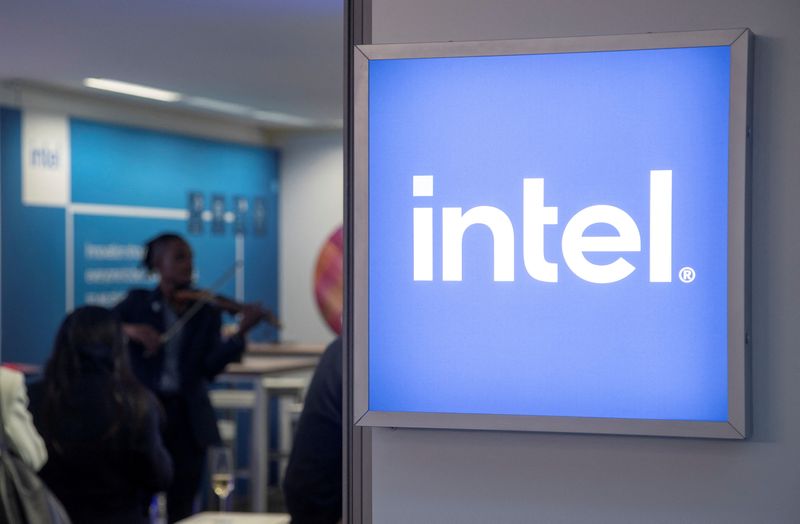 © Reuters. FILE PHOTO: The Intel Corporation logo is seen at a temporary office during the World Economic Forum 2022 (WEF) in the Alpine resort of Davos, Switzerland May 25, 2022. REUTERS/Arnd Wiegmann/File Photo

By Giulio Piovaccari and Giuseppe Fonte

ROME (Reuters) – Mario Draghi’s outgoing government and Intel (NASDAQ:) have picked the town of Vigasio in the northeastern Veneto region as their preferred site for a new multibillion-euro chip factory in Italy, two people familiar with the matter said.

Intel’s investment in Italy is part of a wider plan announced by the U.S. chipmaker last March to invest as much as 80 billion euros ($77.5 billion) over the next decade in building capacity across Europe.

With an initial investment worth some 4.5 billion euros expected to rise over time, Intel has said the Italian plant would create 1,500 jobs plus an additional 3,500 jobs across suppliers and partners, with operations to start between 2025 and 2027.

The Italian factory would be an advanced semiconductor packaging and assembly plant, using new technologies to weave together full chips out of tiles.

Asking not to be named due to the sensitivity of the matter, the sources said that the parties had detailed a comprehensive agreement in early September, but no public announcement would be made before the outcome of Sunday’s general election.

A spokesperson for Intel did not comment as negotiations are ongoing and confidential. Draghi’s office also declined to comment.

Located near Verona, on the strategic Brenner motorway and railway, Vigasio is the preferred option from a shortlist of two sites which also includes one in the northwestern Piedmont region.

Among other reasons, the site is well connected with Germany and in particular with the city of Magdeburg, where Intel will build two factories, one of the sources added.

Intel and the government had also initially considered sites in the Lombardy, Apulia and Sicily regions.

Draghi’s close aides aim to enter into behind-the-scenes negotiations with their likely successors to avoid any risk the deal might be challenged by Italy’s new government, the people said, adding the choice for the site is highly sensitive politically.

Opinion polls have all predicted that Giorgia Meloni’s nationalist Brothers of Italy group will emerge as the leading party on Sunday and share power with its allies the League, headed by Matteo Salvini, and Silvio Berlusconi’s Forza Italia.

The sources declined to provide further details, but Reuters has previously reported that Rome is ready to fund as much as 40% of Intel’s total investment in Italy.

The state contribution to Intel’s investment programme is something that must necessarily be shared with the next government before any deal is eventually formalised, one of the sources said, adding Draghi could let the next government make the announcement.