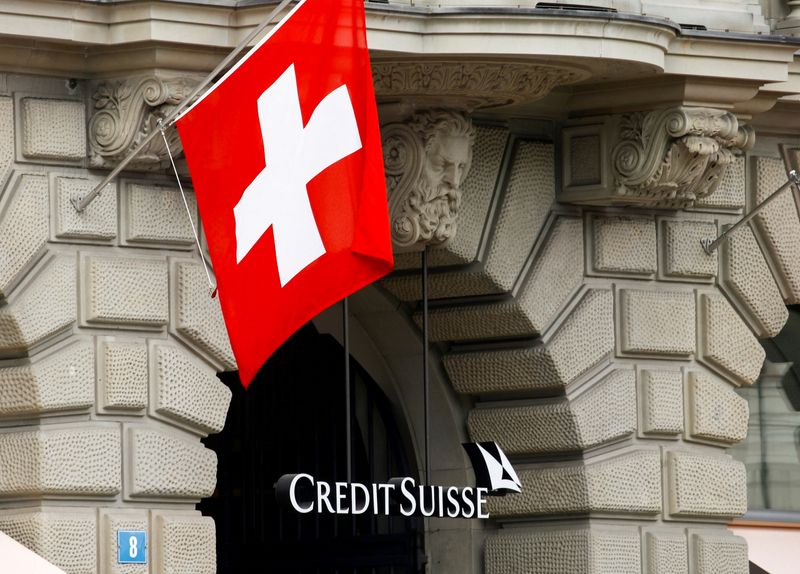 ZURICH (Reuters) -Credit Suisse Group is pressing ahead with its strategic review that includes potential divestitures and asset sales, the Swiss bank said on Monday, reiterating it would share more details with third-quarter results due on Oct. 27.

“While there has been a heightened level of media and market speculation about the potential outcome over the past days, the bank is committed to providing further details on the progress of the strategic review…,” it said in a statement.

As it said in July, it was considering measures to strengthen its flagship wealth management franchise, scale back its investment bank into a “capital-light, advisory-led” business with a more focused markets business, evaluate strategic options for the Securitized Products business, and cut its cost base to below 15.5 billion Swiss francs ($15.75 billion).

The board of directors and the executive board were considering alternatives that go beyond the conclusions of last year’s strategic review, it said.

It added: “The bank is currently executing on a number of strategic initiatives including potential divestitures and asset sales.”

Citing people familiar with the situation, Reuters reported last week that Credit Suisse is sounding out investors for fresh cash as it attempts a radical overhaul of its investment bank.