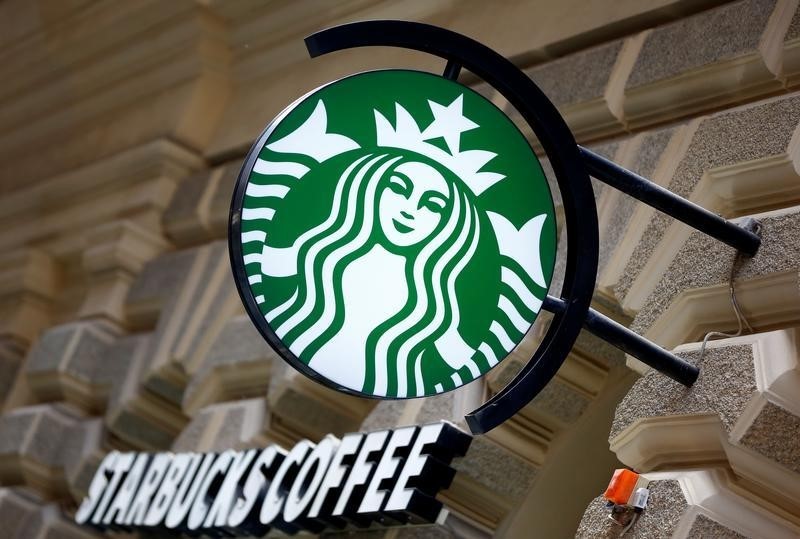 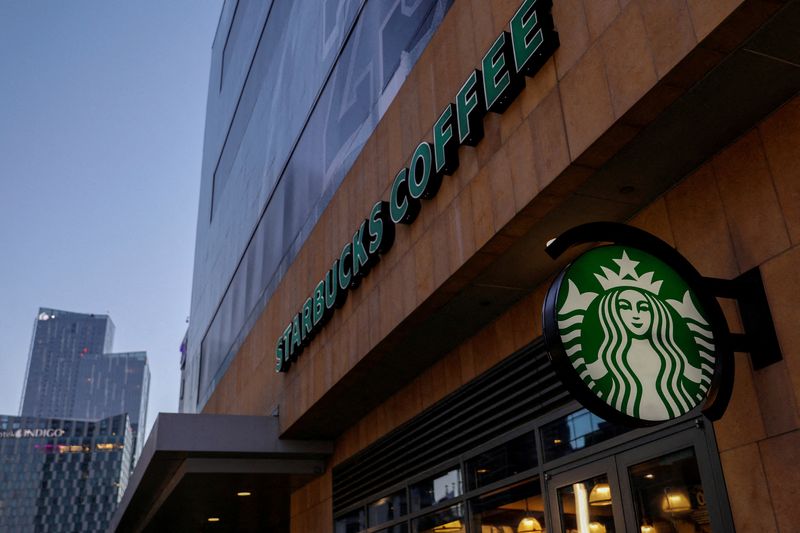 © Reuters. FILE PHOTO: A Starbucks sign is show on one of the companies stores in Los Angeles, California, U.S. October 19,2018. REUTERS/Mike Blake//File Photo

When it does, those workers are likely to ask for a key job protection: to only be fired for just cause, according to barista and union spokesperson Casey Moore.

Baristas and shift supervisors in at least 240 company-owned U.S. Starbucks Corp (NASDAQ:) locations have unionized in a little over a year. Workers at Chipotle Mexican Grill (NYSE:), Trader Joe’s grocers and other retailers have also since filed petitions with the national labor board seeking to join unions.

The Seattle-based company sent letters to union organizers at 234 stores on Friday, saying that it was available to begin bargaining in October, according to its post on a Starbucks company blog focused on the union’s activities.

“We look forward to these negotiations and hopefully setting dates and securing locations for contract bargaining,” the post said.

Workers United, an affiliate of the Service Employees International Union, said employees at some stores have waited more than five months to start discussions on issues, including worker safety, discrimination, and respect in the workplace.

The union’s national bargaining committee has made one priority “just cause,” Moore said, a core form of employment security requiring a company to discipline workers for some reason that is fair – as opposed to an frivolous cause such as personal dislike – and often allows the union to settle cases in arbitration.

More than 110 Starbucks employees have been terminated for minor issues as retaliation for their union organizing, Moore said.

After a federal appeals court ruling, Starbucks said earlier this month that it would rehire seven employees in Memphis who the union said were fired in retaliation for organizing.

No Starbucks employees have or will be disciplined for supporting unions, the company said earlier this month. Claims of retaliatory firings are false and Starbucks is disputing them in legal proceedings, it said.