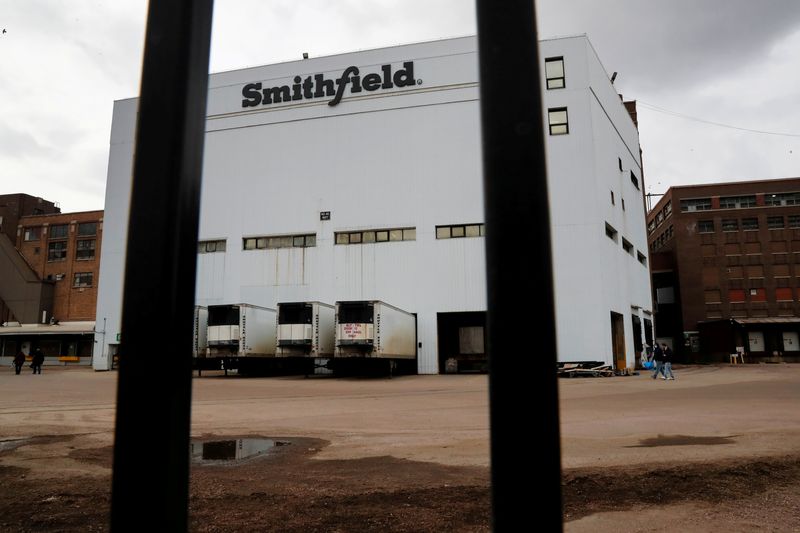 (Reuters) – Smithfield Foods Inc has agreed to pay $75 million to settle a lawsuit by consumers who accused the meat producer and several competitors of conspiring to inflate prices in the $20 billion-a-year U.S. pork market by limiting supply.

A preliminary settlement was filed on Tuesday night with the federal court in Minneapolis, and requires approval by U.S. District Judge John Tunheim.

The accord follows the judge’s Sept. 14 approval of a similar $20 million settlement between consumers and JBS SA (OTC:), one of Smithfield’s largest rivals.

Smithfield did not immediately respond to requests for comment after market hours.

Several companies have faced lawsuits in Minneapolis and Chicago also accusing them of inflating beef and chicken prices.

In the pork litigation, Smithfield previously reached settlements of $83 million with so-called “direct” purchasers such as Maplevale Farms and $42 million with commercial purchasers, a group that includes restaurants.

Some of the other defendants are Hormel Foods Corp (NYSE:), Tyson Foods Inc (NYSE:) and data provider Agri Stats Inc.

Smithfield agreed to provide cooperation that the plaintiffs’ lawyers said will strengthen their cases against the remaining defendants.

The Biden administration has announced plans to bolster competition in the meat sector, amid concern that some meat packers could dictate prices and add to inflationary pressures.

The case is In re Pork Antitrust Litigation, U.S. District Court, District of Minnesota, No. 18-01776.