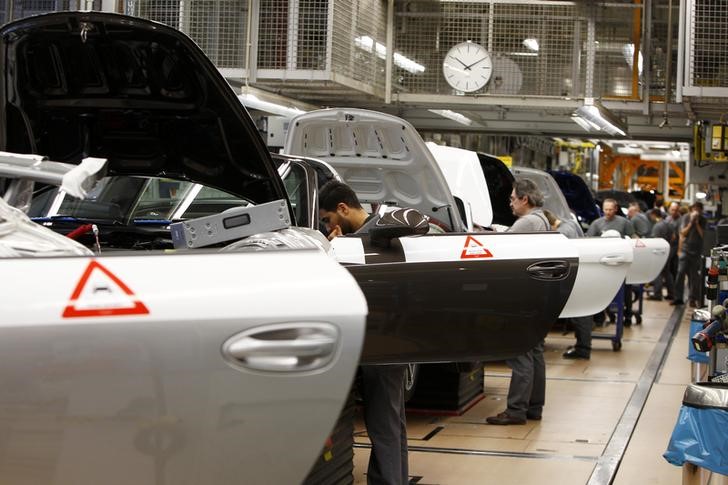 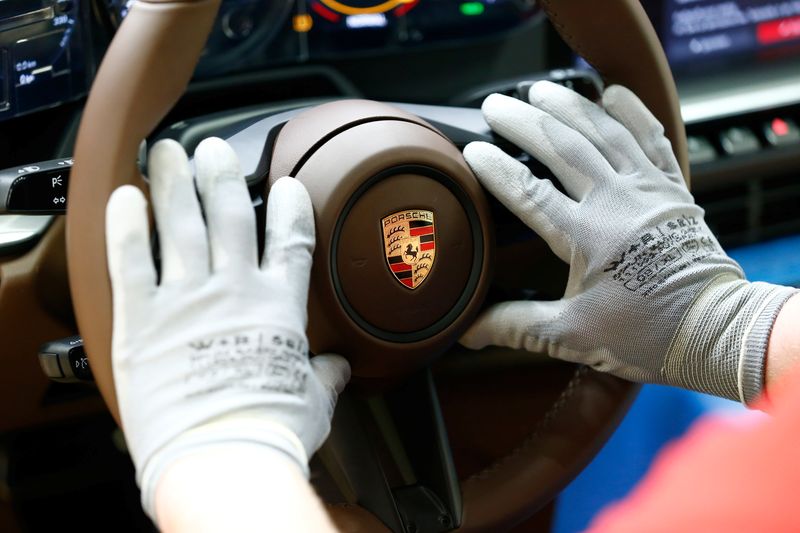 By Victoria Waldersee and Emma-Victoria Farr

FRANKFURT (Reuters) -Porsche AG shares made a steady start on Thursday after Volkswagen (ETR:) defied volatile markets to list the sports car brand at a valuation of 75 billion euros ($72 billion) in Germany’s second-biggest market debut ever.

Volkswagen priced Porsche AG shares at the top end of the indicated range and raised 19.5 billion euros from the flotation to fund the group’s electrification drive. Porsche AG stock was trading up 2.5% from the issue price of 82.50 euros at 0854 GMT.

That values Porsche AG at close to the market capitalisation of Volkswagen as a whole, which is worth around 84 billion euros, and puts it ahead of rivals like Ferrari (NYSE:). It is Germany’s biggest listing since Deutsche Telekom (OTC:) in 1996.

Porsche AG’s solid start came despite broadly weaker stock markets as they braced for expected red-hot German inflation data. Shares in Volkswagen and holding firm Porsche SE, which owns a blocking minority in Porsche AG, were down 4.3% and 6.7%, respectively.

“This is not exactly a dream environment for an IPO today,” said Thomas Altmann, a wealth manager at QC Partners.

European listings are facing their worst year since 2009 as investors fret about a possible global recession amid soaring inflation, rising interest rates and the war in Ukraine.

Companies in the region have raised $44 billion from equity capital markets deals up to Sept. 27, according to Refinitiv data, with only $4.5 billion from initial public offerings.

Porsche AG’s Chief Executive Oliver Blume, whose dual role as the new head of Volkswagen has drawn criticism from some investors, hailed the listing as an “historic moment” as he hugged colleagues and rang the bell on a packed Frankfurt stock exchange trading floor.

Volkswagen has said the market’s volatility was precisely why fund managers were sorely in need of a stable and profitable business like Porsche AG to invest in.

“Porsche was and is the pearl in the Volkswagen Group,” Chris-Oliver Schickentanz, chief investment officer at fund manager Capitell, said.

“The IPO has now made it very, very transparent what value the market brings to Porsche. That, of course, also has a positive effect on Volkswagen shareholders.”

Faced with tens of billions of costs for a radical shift towards electric mobility and software, Volkswagen executives had long mulled listing Porsche, a move executives hoped would both raise much-needed funds and lift Volkswagen’s own value.

The Porsche and Piech families, whose holding company Porsche SE controls Volkswagen, will in turn solidify their control over Porsche AG as they will own 25%, plus one ordinary share – carrying voting rights – in the sports car brand.

Up to 113,875,000 preferred Porsche AG shares, carrying no voting rights, were sold in the initial public offering.