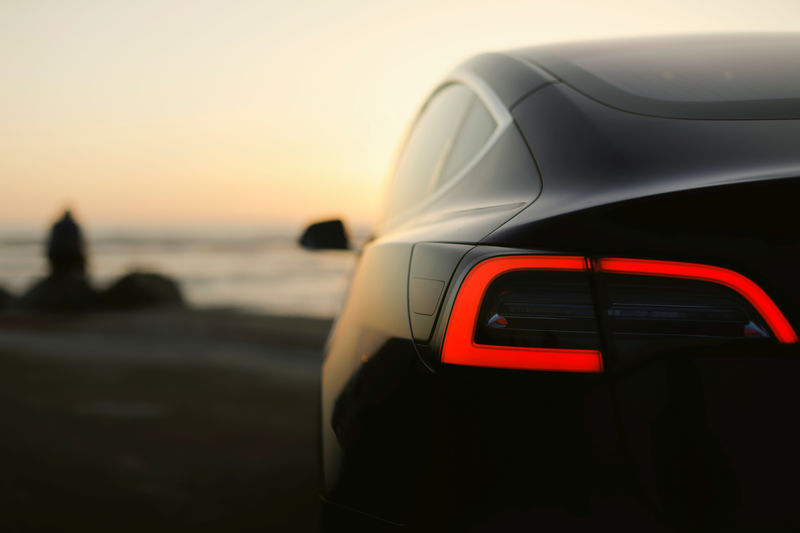 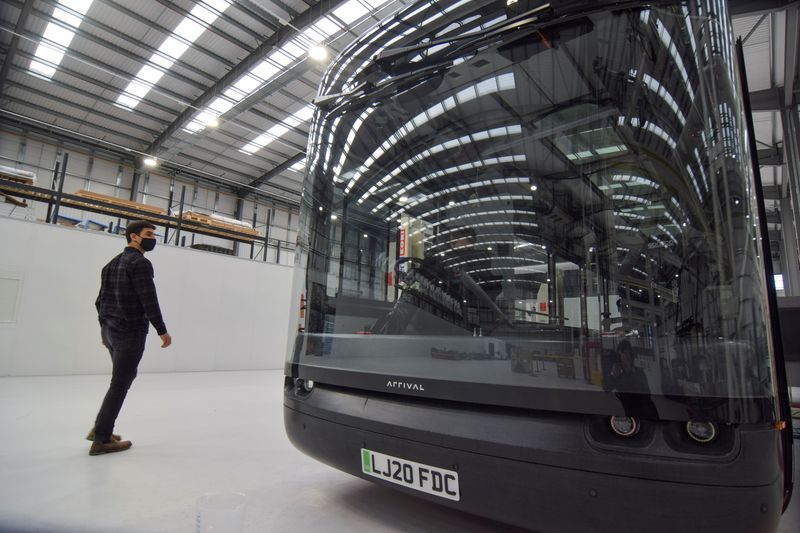 © Reuters. FILE PHOTO: A man looks at a fully-electric bus built by electric van and bus maker Arrival Ltd, which has seen a spike in interest due to looming fossil-fuel vehicle bans, in Banbury, Britain, February 23, 2021. REUTERS/Nick Carey

LONDON (Reuters) – British electric van and bus maker Arrival said on Friday it had missed its third-quarter target to start van production because of supply chain problems, but was on target to meet its goals for the end of 2022.

“The supply chain is broken and we’re a new company,” chief executive Denis Sverdlov told Reuters. “We are going through our own production hell … but we expect we can go through this much quicker than traditional companies.”

Elon Musk, CEO of Tesla (NASDAQ:), famously complained of “production hell” as the electric carmaker struggled to scale up the manufacturing of its mass-market Model 3 sedan.

Arrival and other commercial electric vehicle (EV) startups are burning through cash as they race to bring vans or trucks to market before the funds run out or customers choose to buy from legacy automakers instead.

In July, Arrival said it would reorganise its business, possibly resulting in up to a 30% reduction in its workforce. In August, the company said it would delay spending on its bus project as it seeks fresh funds.

By the end of the third quarter, Arrival said it had managed to build a “production verification vehicle” at its British “microfactory” in Bicester and would still deliver 20 vans to customers by the end of 2022 as previously announced.

Arrival still does not expect to book any revenue in 2022.

Like many within the auto industry, Arrival said it had experienced supply chain problems, including securing supplies of metal, and parts such as lights and wire harnesses.

Arrival said it still expected to generate revenue in 2023 and would need to raise capital for its second van microfactory in Charlotte, North Carolina, which will focus mostly on fulfilling an order from package delivery company UPS for up to 10,000 vans.