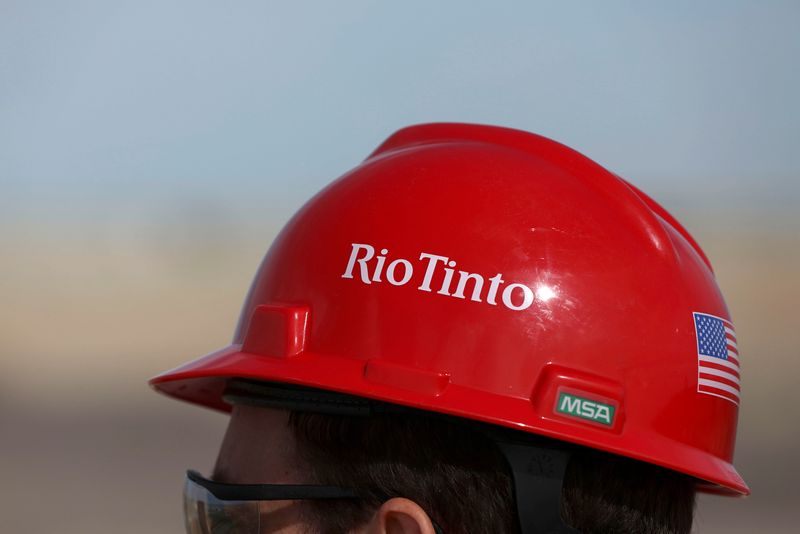 © Reuters. FILE PHOTO: The Rio Tinto logo is displayed on a visitor’s helmet at a borates mine in Boron, California, U.S., November 15, 2019. REUTERS/Patrick T. Fallon

(Reuters) -Global miner Rio Tinto (NYSE:) on Monday called for the resignation of the chairman of its majority owned unit, Energy Resources Of Australia Peter Mansell to address the material cost and schedule overruns on the critical Ranger rehabilitation project in Australia’s Northern Territory.

Following the announcement about a hike in the scheduled costs and overruns in February, one of the world’s top iron ore producers sought to work with ERA’s Independent Board Committee (IBC) to find a funding solution to meet its rehabilitation obligations, Rio said in a statement.

Energy resources of Australia said in February that the estimated total cost of completing the Ranger Project Area rehabilitation was $1.6 billion and $2.2 billion, up from $973 million which was finalised in 2019.

“There remains a strong difference of opinion between Rio Tinto and the IBC on the terms of rehabilitation funding,” said Rio Tinto executive Australia Kellie Parker.

“IBC’s view that successful rehabilitation could underpin potential future growth opportunities, despite the Mirarr People’s long-held opposition to further uranium mining on their country,” she added.