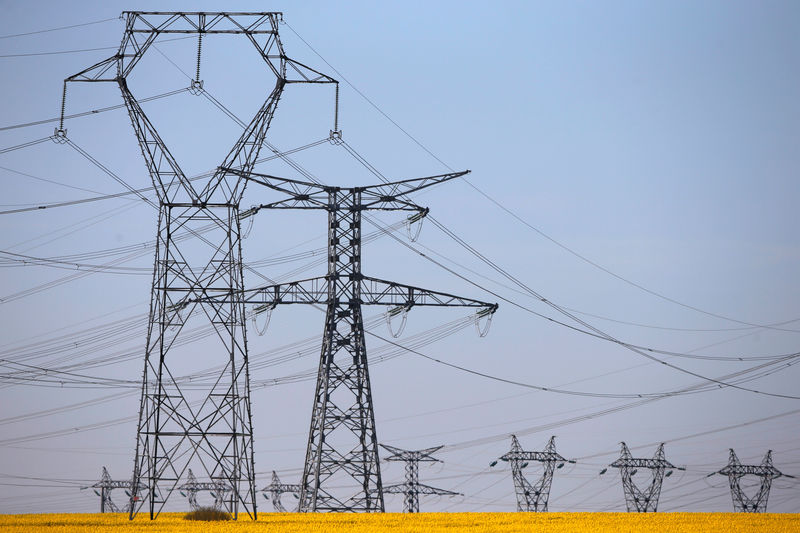 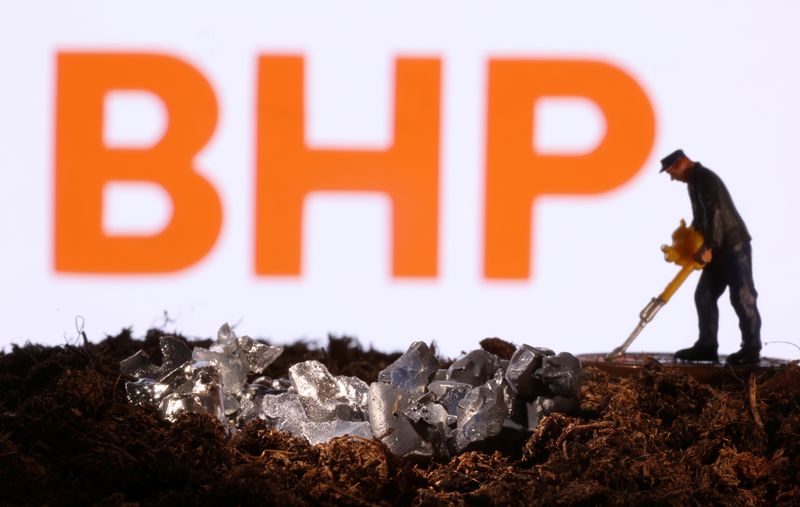 © Reuters. FILE PHOTO: A small toy figure and mineral imitation are seen in front of the BHP logo in this illustration taken November 19, 2021. REUTERS/Dado Ruvic

(Reuters) -BHP Group Ltd lifted its long-term demand forecast for steel as a global shift towards the decarbonisation of power generation will boost requirement of the commodity, the world’s largest listed miner said on Monday.

“Steel consumption in power will triple from today with demand from wind and solar 5 times bigger,” BHP said in slides presented to analysts on a tour of its Western Australian iron ore operations.

Shares of the miner finished marginally higher on Monday, and are up 4.2% so far this year, compared with a 6.3% drop at rival Rio Tinto (AX:) .

The world’s steel production grew 3.8% to 1.95 billion tonnes in 2021, according to the World Steel Association.

BHP Group (NYSE:) is one of the biggest iron ore producers in the world. Iron ore, the most important raw material in steel manufacturing, brought in nearly half of the miner’s fiscal 2022 revenue.

The forecast upgrade comes in the backdrop of a global push towards decarbonisation of power generation.

Renewable energy’s cost efficiency and competitiveness have spurred massive investments as well as favourable policies across the global.

Clean energy investment is expected to exceed $1.4 trillion in 2022, accounting for almost three-quarters of the growth in overall energy investment, the International Energy Agency said in its World Energy Investment 2022 report released in June.