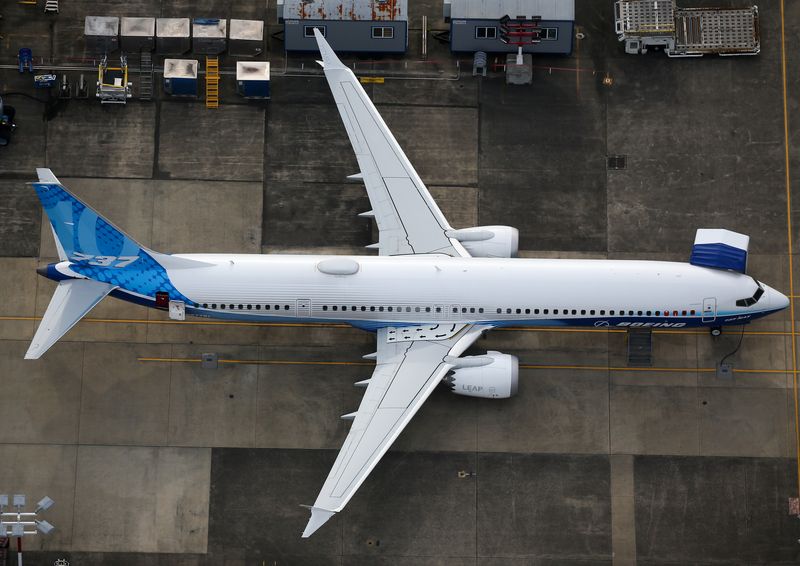 WASHINGTON (Reuters) – Boeing (NYSE:) Co does not anticipate winning regulatory approval its 737 MAX 10 before next summer, according to an letter from the Federal Aviation Administration (FAA) sent on Monday.

Boeing faces a December deadline to win approval for the MAX 10 as well as another 737 variant, the MAX 7. Without an extension, Boeing must meet new modern cockpit-alerting requirements that could significantly delay the planes’ entry into service.

“With regard to the 737-10, Boeing’s current project plan timeline has the 737-10 receiving an amended type certificate no sooner than summer 2023,” two sources quoted acting FAA Administrator Billy Nolen as saying in a letter to Senator Roger Wicker, the top Republican on the Senate Commerce Committee.

The FAA, Boeing and Wicker’s office declined to comment.

The letter raises questions about when Boeing may be able to deliver MAX 10s after recently booking major orders from Delta Air Lines (NYSE:) and other carriers.

Last week, Wicker proposed extending the deadline for Boeing to win approval for the two new variants until September 2024 and hopes to attach the proposal to an annual defense bill. But it is not clear if the proposal will gain approval from Congress.