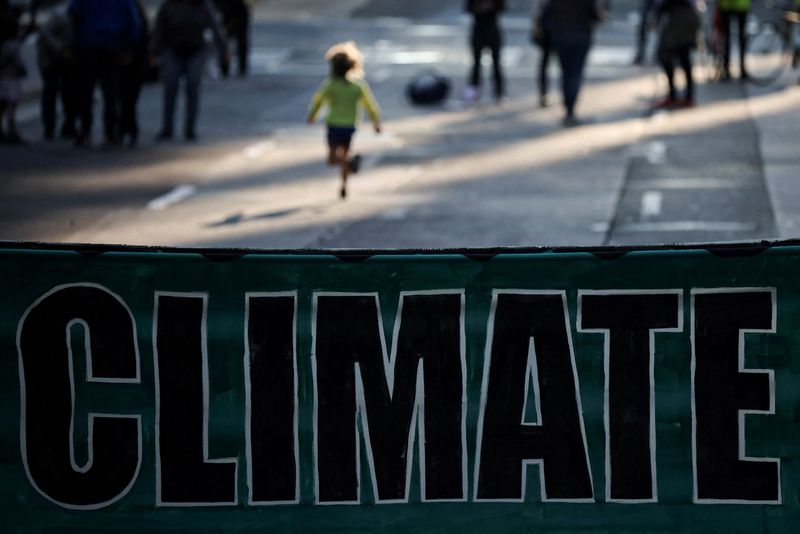 LONDON (Reuters) – Almost all of the companies most responsible for corporate greenhouse gas emissions are failing to disclose how climate-related risks might impact them financially, according to a report released by Carbon Tracker on Thursday.

The lack of disclosures leaves investors in the dark, and means markets are unable to function efficiently and allocate capital appropriately – undermining efforts to decarbonise the global economy, said Carbon Tracker, a think tank which analyses the impact of climate change on financial markets.

In its second annual report on corporate disclosures, it found 98% of 134 companies – which it says are collectively responsible for up to 80% of emissions – did not provide sufficient evidence that they had considered the impact of climate matters when preparing their 2021 financial statements.

Almost all audit reports reviewed by Carbon Tracker did not say whether and how they consider the impact of emissions reduction targets, changes to regulations or a fall in demand for a company’s products.

Regulatory bodies globally want businesses to improve disclosure of climate-related risks and impacts, to help investors push money in the direction of efforts to meet net zero emissions by 2050 targets.

Carbon Tracker said some progress had been made, showing how it was possible to provide sufficient disclosure.

Glencore (OTC:), for example, had provided relevant information to align with its ambition to achieve net zero emissions by 2050.

“Glencore’s financial statements are particularly illuminating — they show that in the event of a scenario like the IEA Net Zero Emissions by 2050, it would have to write down virtually all the value of its thermal coal assets,” said Rob Schuwerk, Carbon Tracker’s U.S. executive director.