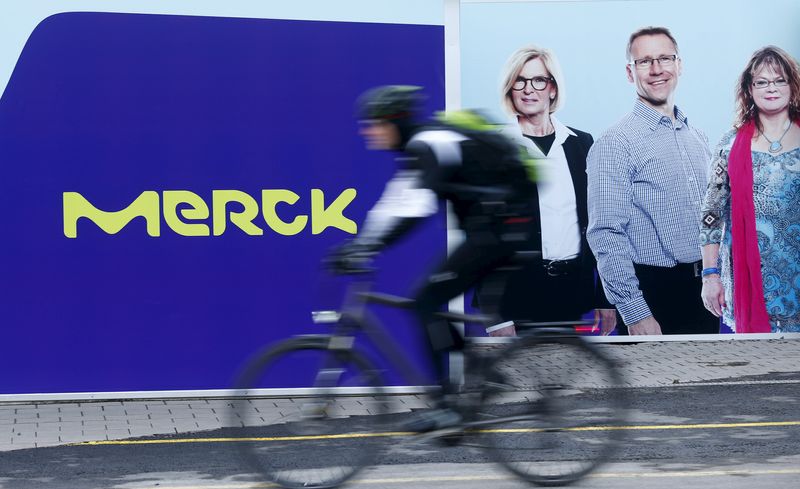 FRANKFURT (Reuters) -German diversified healthcare and chemicals group Merck KGaA said it would begin to look into larger takeover deals next year after having reduced its debt.

“As of 2023, the Group will once again consider potential larger-scale acquisitions as an option,” the company said in a statement ahead of an investor day on Thursday.

The group’s most recent major takeover was that of Versum Materials, a maker of chemicals for semiconductor production, for 5.8 billion euros ($5.7 billion) in 2019.

Net debt to adjusted core earnings was cut to a multiple of about 1.2 this year, down from 2.8 in 2019, and the company was approaching “financial capacity” of around 15 to 20 billion euros, according to presentation slides posted on its website.

The group with close to 20 billion euros in revenues last year reaffirmed its goal to add more than 1 billion euros in sales every year through 2025, thanks to ongoing investments in new manufacturing and services sites.