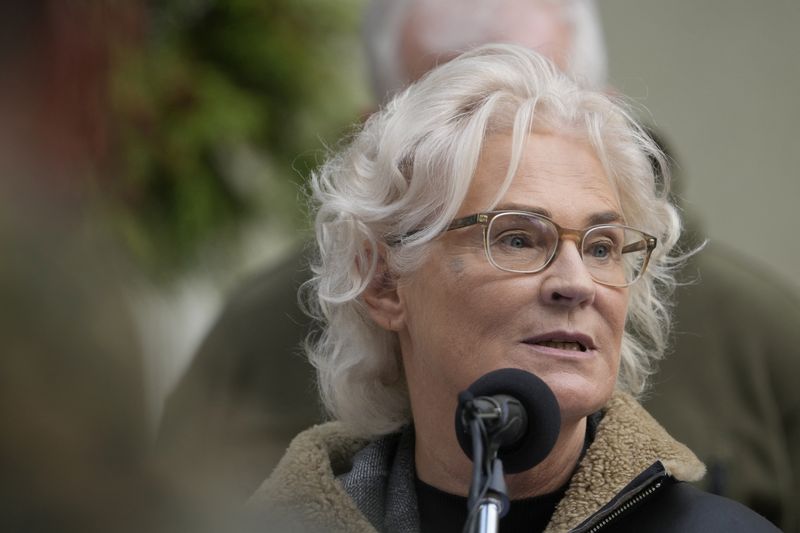 RUKLA, Lithuania (Reuters) -NATO must do more to protect itself against Russia and President Vladimir Putin, German Defence Minister Christine Lambrecht said on Saturday, because we “cannot know how far Putin’s delusions of grandeur can go”.

“One thing is certain: the current situation means we need to do more together,” Lambrecht said while visiting German troops deployed in Lithuania.

“The brutal Russian war of aggression in Ukraine is getting more and more brutal and unscrupulous… Russia’s threat of nuclear weapons shows that Russian authorities have no scruples.”

The United States has said repeatedly that it has seen no indication that Russia is preparing to use nuclear weapons in despite what it calls Putin’s “nuclear saber-rattling.”

Germany deployed its first troops to NATO member Lithuania, on the border of Russia, in 2017 after Russia annexed Ukraine’s Crimea peninsula. It agreed to ramp up the mission significantly in June in response to Russia’s Feb. 24 invasion of Ukraine.

Lambrecht inaugurated a permanent German command centre in Lithuania of Friday, which she said would help move a brigade of troops from Germany to Lithuania in 10 days if needed.

A NATO brigade is 3,000-5,000 troops, and Lambrecht said frequent exercises in Lithuania would help to deploy troops quickly if needed to join 1,000 kept permanently in Lithuania.

“We stand by our allies”, Lambrecht said. “We’ve heard Russia’s threats to Lithuania which was implementing European sanctions on the border with Kaliningrad. This is not nearly the first threats and we must take them seriously and be prepared.”

Since Russia invaded Ukraine in February, the Baltic states of Estonia, Latvia and Lithuania have been calling for their region to receive the biggest build-up of combat-ready NATO forces in Europe since the end of the Cold War.

But NATO countries were not willing to commit permanent bases in the Baltics, as it would cost billions of dollars and be hard to sustain. The states may not have enough troops and weaponry, and a permanent presence would be highly provocative for Moscow.

Instead NATO chose to assign thousands of troops on standby in countries further west like Germany as rapid reinforcements.