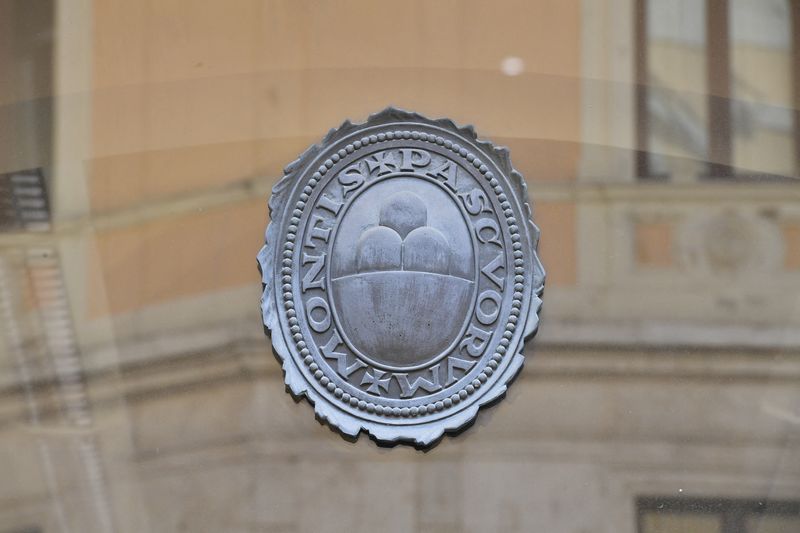 MILAN (Reuters) -Monte dei Paschi di Siena and Italy’s Treasury are confident the state-owned bank will be able to secure underwriters for an up to 2.5 billion euro ($2.4 billion) new share sale, two people close to the matter said.

Monte dei Paschi (MPS), which is 64% owned by Rome following a 2017 bailout, has called a board meeting on Tuesday to approve the terms of the share issue and it needs to have the contract with banks signed by then.

Negotiations between MPS Chief Executive Luigi Lovaglio and the group of eight lenders that have taken a preliminary commitment to mop up unsold shares have so far failed to yield an agreement.

For MPS to launch its share offer as planned on Oct. 17 Lovaglio and the group of banks led by Bank of America (NYSE:), Citi, Credit Suisse and Mediobanca (OTC:) have only a few more hours to smooth out details of the transaction.

Uncertainty over the proposed share issue on Monday hit MPS’s subordinated bonds, which have long traded close to half face value because investors are worried about the risk of conversion into equity.

In investor meetings to promote the share sale, Lovaglio has urged holders of MPS’s junior bonds including U.S. bond giant Pimco to back the cash call, one of the people said. Pimco declined to comment.

The banks had requested that MPS first secured support for the sale from cornerstone investors given tough markets and the relative size of the cash call, equivalent to more than 10 times MPS’s market value.

MPS has welcomed an offer by its insurance partner AXA to put at least 100 million euros into the share issue, while it has stalled a proposal by asset manager Anima to back the cash call as part of a tighter commercial agreement.

Insurance giant AXA, which has invested in MPS in the past and has named former MPS CEO Marco Morelli executive chairman of AXA Investment Managers, did not request any changes to its insurance joint-venture with the Tuscan bank.

MPS needs the money to lay off staff next month to cut costs, and also to beef up its capital ratios to prevent a shortfall which could reach 500 million euros by mid-2023, it said in its first-half financial report.

In the absence of a regulatory capital breach, the difficult market situation could lead European supervisors to give MPS more time for the capital raise, a person close to the matter said.