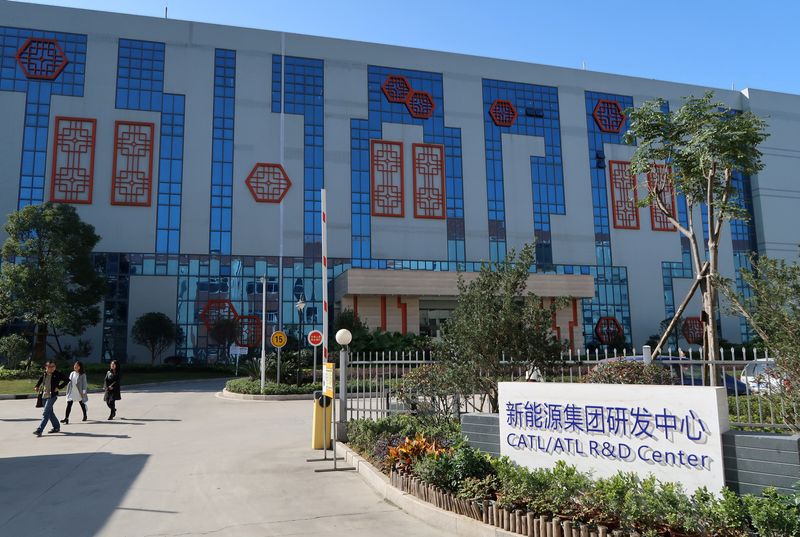 SHANGHAI (Reuters) – CATL, a Chinese electric vehicle (EV) battery giant, forecast its net profit in the July-September quarter to nearly triple from a year-ago period, buoyed by rapid expansion in production to power the growth of EVs worldwide.

The company is the world’s biggest battery maker and accounts for more than a third of global EV battery sales.

It expects net profit for the first nine months of the year to more than double from a year-ago period.

“The company … has ramped efforts in market expansion in addition to the capacity planned earlier,” CATL said in the filing. “Production and sales significantly increased, which helped to secure its persistently leading position in the global market and result in the rapid profit growth.”

CATL has accelerated its expansion into overseas markets with contracts to supply batteries to major carmakers including Mercedes Benz Group and BMW in Europe and Ford Motor (NYSE:) Co in the United States, where government incentives are driving demand for EVs.

The Chinese firm announced in August that it would build a $7.6 billion battery plant in Hungary, Europe’s largest so far.

CATL’s shares rose as much as 4% on Tuesday following its strong outlook. The company’s shares lost more than 30% so far this year.