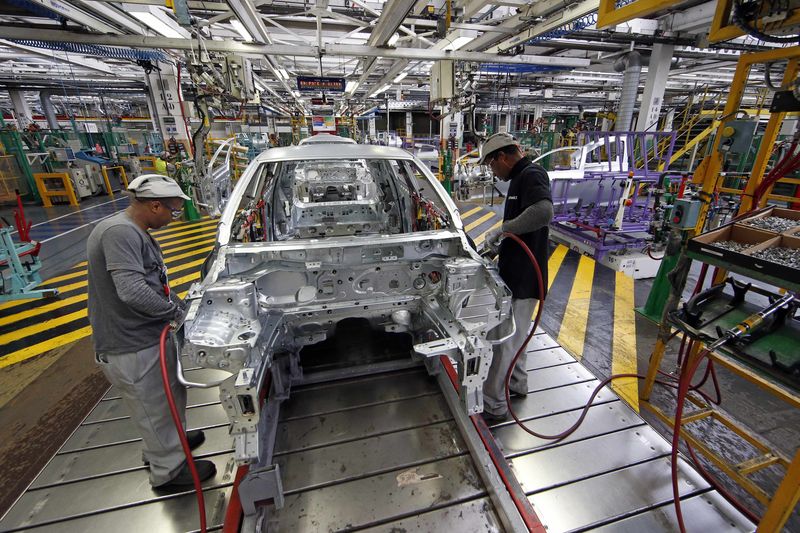 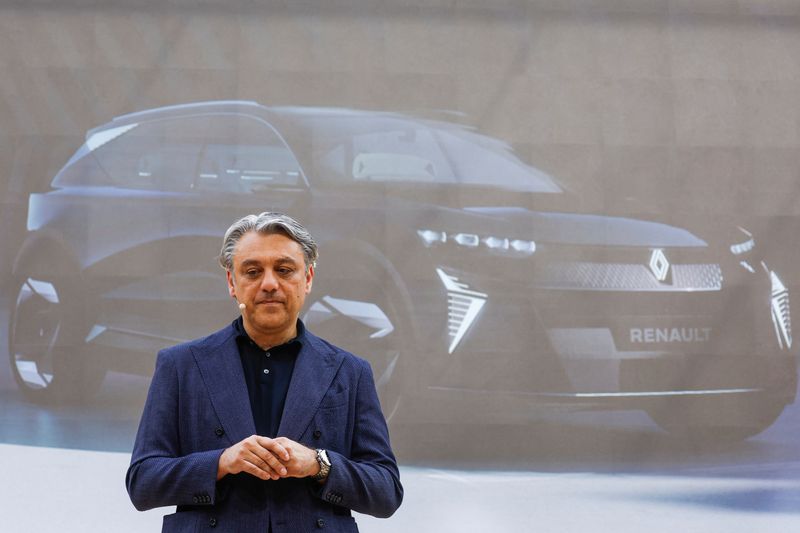 By Heekyong Yang and Joyce Lee

(Reuters) – Renault (EPA:) Chief Executive Luca De Meo toured a South Korean factory run with China’s Geely Automobile on Tuesday, as he pitched for sweeping restructuring of an alliance that would allow the French automaker to focus on electric cars.

Renault and Nissan (OTC:) said on Monday they were in talks about a reset in their partnership that could include the Japanese automaker investing in a new electric vehicle (EV) venture Renault plans to launch.

Separately, Geely, which owns Volvo Cars and a 9.7% stake in Daimler AG (ETR:), has been talking to Renault about taking a significant and potentially controlling stake in the combustion-engine business that Renault is also looking to spin off, people with knowledge of those talks said.

In May, the French carmaker sold 34% of its South Korean subsidiary, centred on a factory in Busan, to Geely. The two carmakers announced plans to develop and build hybrid vehicles there.

De Meo’s visit to South Korea was the first time he has visited the factory since bringing in Geely as a partner, and it comes with Renault facing an initial deadline of early November to report on its progress in launching its EV unit.

De Meo has said Renault needs new partnerships because of the scale of the investment needed to shift toward battery-powered cars and charging.

The Renault CEO was scheduled to speak to reporters in Seoul on Tuesday evening, his first public appearance since news broke of the talks with Nissan.

In exchange for its investment in Renault’s EV unit, Nissan has asked Renault to take steps to sell down its 43% stake in Nissan, people with knowledge of the talks have said.

Taken together, the two steps would secure investment for Renault’s new EV unit, code-named “Ampere,” and address a long-running source of tension for Nissan under Renault’s control

Renault and Nissan declined to comment beyond a statement on Monday saying they were in “trustful discussions” that included a potential Nissan investment in the Renault EV venture and other unspecified “structural improvements” in their tie-up.

Nissan has a 15% stake in Renault, as does the French government, but the Japanese automaker does not have voting rights.

The French dominance of the alliance has long been a point of contention for Nissan, which wants Renault to cut its stake to 15% to draw level with its own holding in Renault, a person with knowledge of the discussions told Reuters.

Nissan would also have to sign off on the plan for Geely to take a large stake in Renault’s gas-engine business, code-named “Horse.” Volvo and Geely created a joint-venture under the name Aurobay to shift their own combustion-engine business into a new stand-alone business. Nissan has not offered that approval, one person with knowledge of the talks said.

De Meo was in Japan over the weekend for a round of talks with Nissan CEO Makoto Uchida, the first time the two had met since discussions on the deal began, people with knowledge of the talks said.

Mitsubishi Motors (OTC:), also a partner in the alliance, is also moving toward taking a single-digit percentage stake in Renault’s EV unit, people with knowledge of that element of the talks said.

Negotiations on the terms of a deal are continuing on a working-level although it remains unclear if an agreement – which would require board approval by all the parties – can be reached by early November, when Renault is scheduled to give an update on its new EV unit.

Other automakers, including General Motors (NYSE:), have faced investor calls to split their more highly valued EV assets into a separate company but have concluded they needed the revenue from existing models to make the transition to an all-electric future.

Shares in Nissan were down 2.25% in late afternoon trade on Tuesday. Renault closed up 2.4% on Monday.