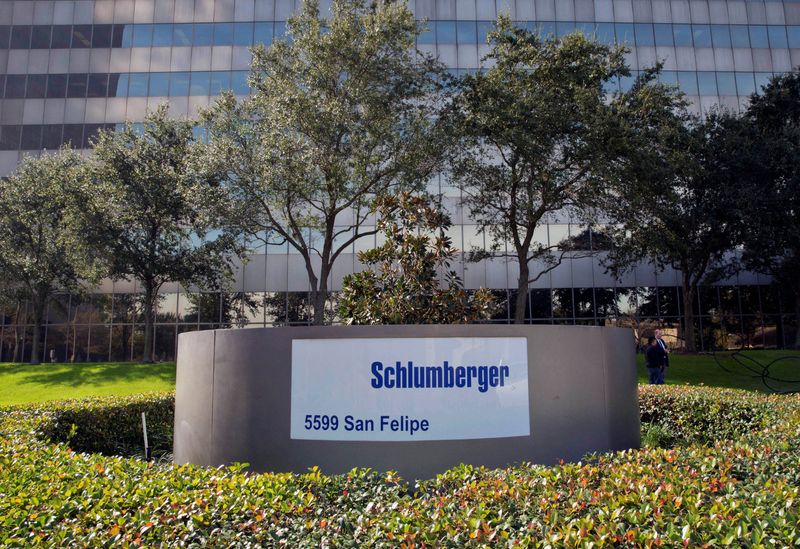 © Reuters. FILE PHOTO: The exterior of the Schlumberger Corporation headquarters building is pictured in the Galleria area of Houston January 16, 2015. REUTERS/Richard Carson/File Photo

(Reuters) -Some of oilfield service firm Schlumberger (NYSE:)’s more than 9,000 Russian employees have begun receiving military draft notices through work, and the company is not authorizing remote employment to escape mobilization, according to people familiar with the matter and internal documents.

Schlumberger’s cooperation with authorities by delivering the military call-ups and its refusal to allow Russian staff to work outside the country has caused a backlash, according to the sources. They view the actions as tacit support for the war in Ukraine by Schlumberger. Human rights groups are watching how the company responds to the concerns.

Russian law requires companies to assist with delivering a summons to employees and to conduct a military registration if at least one of its employees is liable for service, according to advocacy group Business & Human Rights Resource Centre, which tracks corporate performance on human rights issues.

In April, Schlumberger Chief Executive Olivier Le Peuch said the world’s top energy services company was closely monitoring developments in Ukraine and at the time was “hopeful for a quick cessation of hostilities.” Schlumberger suspended new investments and technology deployment in Russia, but unlike some of its peers and customers, decided to remain.

“The local leadership team is managing an incredibly complex and difficult situation,” a Schlumberger spokesperson said this week in an emailed statement, adding managers are obligated “to comply with local laws and regulations, especially when failure to do so could create additional risk for our local employees.”

Russian President Vladimir Putin last month issued a decree to add new troops to its military amid heavy troop casualties in Ukraine. The decree left the number of call-ups to be set by the defense ministry and led thousands of Russians to flee to avoid conscription.

The Business & Human Rights Resource Centre requested information from Schlumberger and other non-Russian companies with operations in the country on their handling of the mobilization. Schlumberger had not responded as of Thursday, the group said, but two of those that did – drug makers Roche Holding (OTC:) and Novo Nordisk (NYSE:) – said they had requested military deferments for their employees.

Roche, which employees over 800 people in Russia, said it had filed a request for exemptions from military service for its employees. It declined to comment on the draft status of any employee.

Novo Nordisk also said it sought deferments through a pharmaceutical trade association and has not had any employees conscripted nor received any orders from authorities.

A U.S. State Department spokesperson declined to comment directly on the military mobilization. However, the spokesperson said companies should expect their operations “to become increasingly difficult as conditions on the ground become less hospitable to western companies.”

While Schlumberger would not say how many people it employs in Russia, people close to the matter said its Russia Business Unit employs more than 9,000 people, representing around 10% of the company’s global workforce.

Dozens of its Russian workers have left the country, according to an internal document viewed by Reuters.

Schlumberger said its “Russian management team is relentlessly working with clients and the government to evaluate all exemption opportunities for their employees within the existing legal framework.”

The company has disclosed past contracts with Russian state oil producers Rosneft and Gazprom (MCX:) Neft, and with Exxon Mobil Corp (NYSE:) for work in Russia. Exxon has written off its investment in Russia and is trying to exit.

Schlumberger rivals Baker Hughes and Halliburton (NYSE:) are selling or have sold their oilfield services units in Russia.

Weatherford International (NASDAQ:), which in March said the oil services company placed a hold on shipments to Russia and suspended new investments there, also maintains a presence in the country. A spokesperson declined to comment on how it is dealing with the military mobilization.

(By Liz Hampton in Denver; Additional reporting by Timothy Gardner in Washington, Nikolaj Skardsgaard in Copenhagen and John Revill in Zurich; Editing by Gary McWilliams and Marguerita Choy)