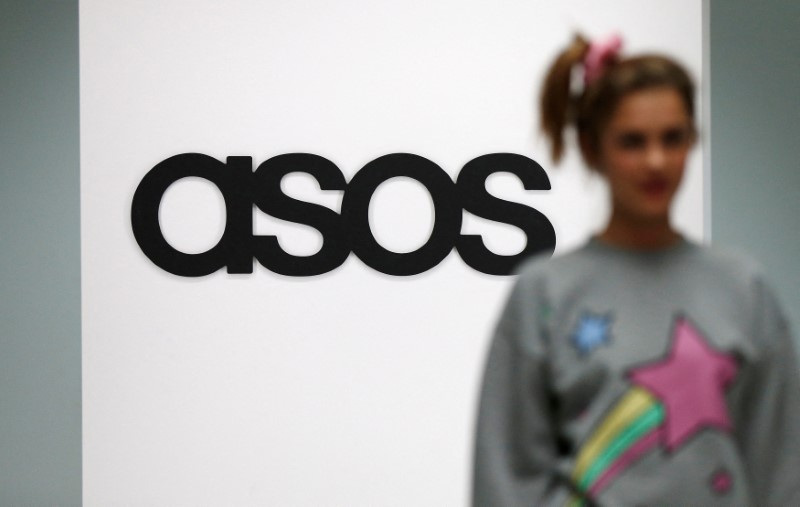 © Reuters. FILE PHOTO: A model walks on an in-house catwalk at the ASOS headquarters in London, April 1, 2014. REUTERS/Suzanne Plunkett

(Reuters) – British online fashion retailer ASOS (LON:) on Saturday said it was seeking an amendment to the terms of its borrowing agreements.

“ASOS is in the final stages of agreeing an amendment to the future financial covenants in its Revolving Credit Facility, which matures in July 2024,” the company said in a statement.

ASOS said last month it expected full-year profit to be around the lower end of its guidance after weaker than projected August sales.

It said sales measured in constant currency for the year to Aug. 31 would rise by about 2% while net debt would be about 150 million pounds ($167.55 million), both below market consensus and company guidance.

ASOS said on Saturday it retained a strong liquidity position and called the loan amendments a “prudent step”.

“This action will give ASOS significantly increased financial flexibility, against the uncertain economic backdrop,” it said.

British retail sales fell much more than expected in August, in another sign that the economy is sliding into recession as the cost of living crunch squeezes households’ disposable spending.