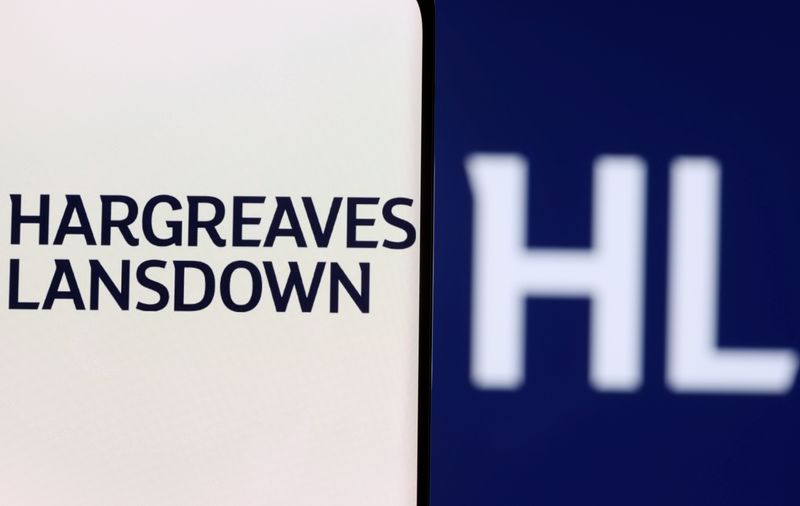 © Reuters. Hargreaves Lansdown logo is seen on a smartphone in front of displayed same logo in this illustration taken, December 1, 2021. REUTERS/Dado Ruvic/Illustration

By Kirstin Ridley and Carolyn Cohn

Claims management firm RGL said it had filed the claim in London’s High Court on Friday on behalf of an initial 3,200 investors against the London blue-chip company, which promoted the former flagship LF Woodford Equity Income Fund (WEIF).

“Both institutions have failed WEIF investors,” said Alexander Weinberg, a partner at law firm Wallace, which is advising RGL.

Hargreaves declined to comment and LFS did not immediately respond to a request for comment over the weekend. LFS has said previously it believed it had acted in accordance with applicable rules and in the best interests of all investors and would vigorously defend itself against claims.

It is the third lawsuit against LFS over the way it handled the fund, which managed billions of pounds before it was suspended amid a political and public outcry in 2019, trapping 300,000 investors and triggering an investigation by the Financial Conduct Authority (FCA).

But RGL is the first to also target Hargreaves over its role in the scandal after Woodford, criticised for holding a large number of hard-to-sell illiquid assets, suspended the fund after struggling to meet redemption requests following months of underperformance. It was later closed and is being wound up.

RGL alleges that Hargreaves continued to recommend the WEIF to clients up to the fund’s collapse, despite being aware of liquidity and portfolio diversification problems. It also alleges LFS failed to properly administer and manage the fund.

The FCA has yet to publish the full findings of its inquiry. But it said last month it could fine LFS 50 million pounds and order a 306 million pound redress scheme over its management of the fund.

Law firms Leigh Day and Harcus Parker have each already filed claims against LFS on behalf of around 13,000 and 7,000 investors respectively. They have expressed hope that they would be appointed joint claims managers at a December court hearing.