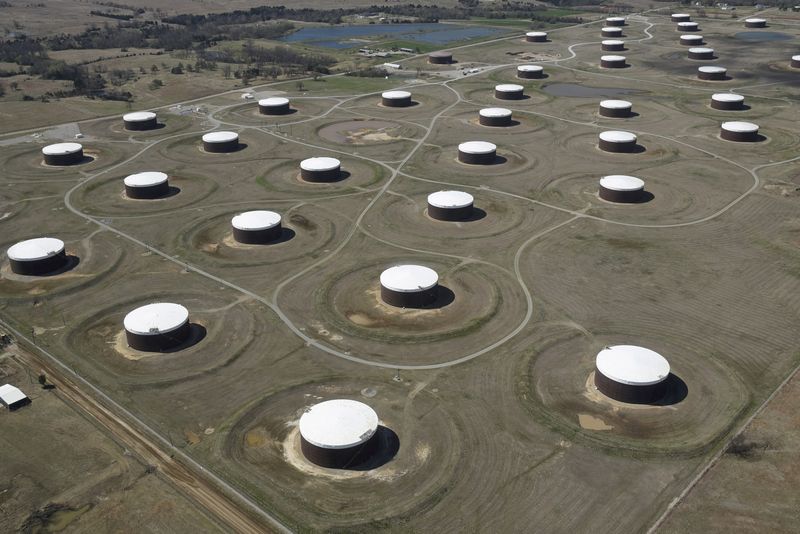 NEW YORK (Reuters) -Oil prices settled up on Friday as hopes of stronger Chinese demand and a weakening U.S. dollar outweighed concern about a global economic downturn and the impact of interest rate rises on fuel use.

To fight inflation, the U.S. Federal Reserve is trying to slow the economy and will keep raising its short-term rate target, Federal Reserve Bank of Philadelphia President Patrick Harker said on Thursday in comments that weighed on oil.

But crude is gaining support from a looming European Union ban on Russian oil, as well as the recent 2 million-barrels-per-day output cut agreed by the Organization of the Petroleum Exporting Countries and allies including Russia, known as OPEC+.

Traders were squaring up positions ahead of the weekend after the WTI’s November contract expiry, increasing volatility.

“The bias is to play the weekend to the long side,” said John Kilduff, partner at Again Capital LLC in New York.

The dollar eased against a basket of currencies after a report said some Fed officials have signalled greater unease with big interest rate rises to fight inflation, even as they line up another big rate hike for November.

Brent, which came close to its all-time high of $147 in March, was on track for a weekly gain of 0.8%, while headed for a loss of about 1.5%. Both benchmarks dropped in the previous week.

Regarding the OPEC+ cut, which was criticized by the United States, Saudi Arabia’s energy minister said the producer group was doing the right job to ensure stable and sustainable oil markets.

On Thursday, oil gained after Bloomberg News reported that Beijing was considering cutting the quarantine period for visitors to seven days from 10 days. There has been no official confirmation from Beijing.

“The knee-jerk price action provided a useful glimpse of what to expect once more punitive restrictions are lifted,” said Stephen Brennock of oil broker PVM, of the market’s rally after the report.

China, the world’s largest crude importer, has stuck to strict COVID-19 curbs this year, weighing heavily on business and economic activity and reducing demand for fuel.