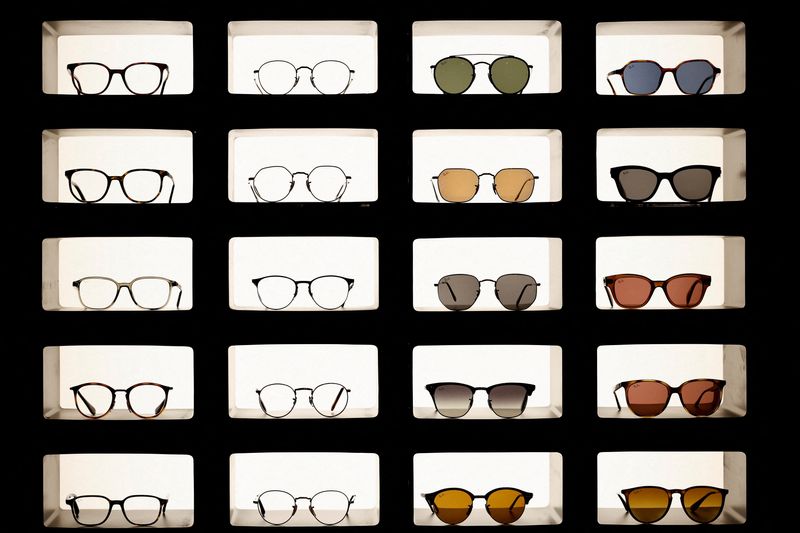 (Reuters) -EssilorLuxottica reported a rise in its third-quarter revenues on Friday as the world’s biggest eyewear maker saw a rebound in sales in the Asia-Pacific region and slight growth in North America.

The French-Italian company, which makes Oakley and Ray-Ban sunglasses, reported revenue of 6.39 billion euros ($6.24 billion) for the three months to Sept. 30, up 8.2% on the year at current exchange rates.

Asia-Pacific was the group’s fastest growing region with a 22.7% revenue rise in the quarter at constant exchange rates to 761 million euros.

The retail business in particular bounced back strongly in the region, EssilorLuxottica said, after a negative second-quarter performance hit by COVID-19 lockdowns in mainland China.

Sales in North America, the company’s biggest market, increased by 3.4% to 3.01 billion euros at constant exchange rates, driven by the direct-to-consumer division, the group said.

“It’s a solid and reassuring publication,” Stifel analyst Cedric Lecasble told Reuters, noting a “resistant” performance in North America and a “good surprise” in other regions, notably Europe amid the macroeconomic downturn and Asia.

While EssilorLuxottica’s broad consumer base in the United States and Europe exposes it to macro pressures in those regions, it is more insulated from inflation than peers in the discount eyewear business thanks to its luxury licences, Bernstein analyst Luca Solca said.

EssilorLuxottica makes glasses for brands such as Chanel and Prada (OTC:), among others.

Despite concerns that the luxury industry’s post-pandemic boom could be cooling, Birkin bag maker Hermes on Thursday said there were no signs of a slowdown so far as U.S. shoppers took advantage of the dollar’s strength in Europe and China rebounded sharply, echoing earlier comments from Louis Vuitton owner LVMH.

EssilorLuxottica’s shares were down 1.8% at 0743 GMT, slightly underperforming France’s blue-chip index that fell 1.2%.