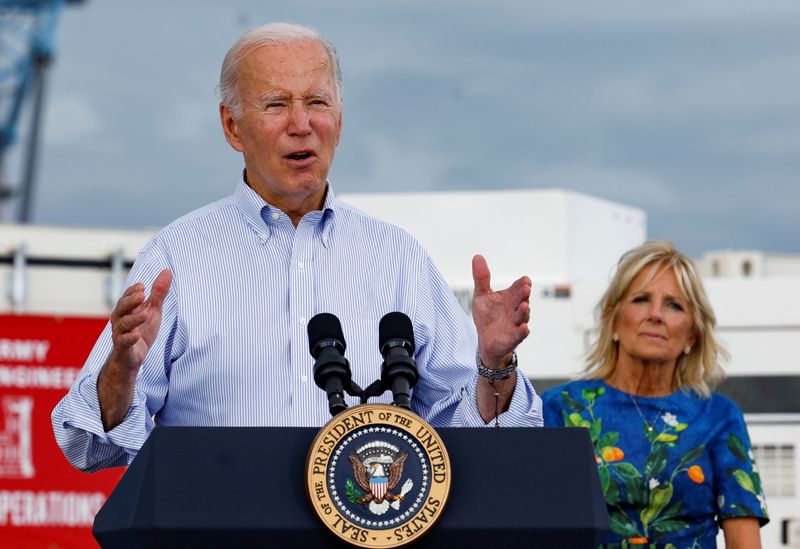 (Reuters) -A bipartisan group of House of Representatives lawmakers criticized the Biden administration decision on Friday to waive U.S. shipping rules in September for the delivery of fuel to Puerto Rico.

The Sept. 28 Jones Act waiver allowed for the delivery of diesel sourced from the mainland United States by British Petroleum Products North America.

“We do not understand how the Department of Homeland Security (DHS)… made a retroactive determination that no U.S.-flag vessels could have performed the move for which the waiver was granted,” the letter said to DHS Secretary Alejandro Mayorkas and Transportation Secretary Pete Buttigieg that was also signed by Coast Guard and Maritime Transportation subcommittee chair Salud Carbajal and ranking Republican Bob Gibbs.

DHS issued a waiver of the Jones Act, a century-old law that requires goods moved between U.S. ports to be carried by U.S.-flagged ships.

Hurricane Fiona hit on Sept. 18, causing an island-wide power outage for its 3.3 million people. Last month, Puerto Rico Governor Pedro Pierluisi asked the White House for a waiver to increase the availability of fuel after the storm.

The lawmakers agreed with the Maritime Administration that consideration of a waiver while a vessel is already underway is “novel and problematic” and said they “would like to better understand the reasoning for your decision to issue a waiver for a company that appeared to be gaming the Jones Act waiver process.”

BP (NYSE:) and DHS did not immediately respond to requests for comment. A spokeswoman for Buttigieg said the department would respond to the lawmakers.

On Monday, the White House said “fuel companies are reminded that any request to waive the Jones Act … should be made using the standard processes and timelines with which these companies are very familiar.”