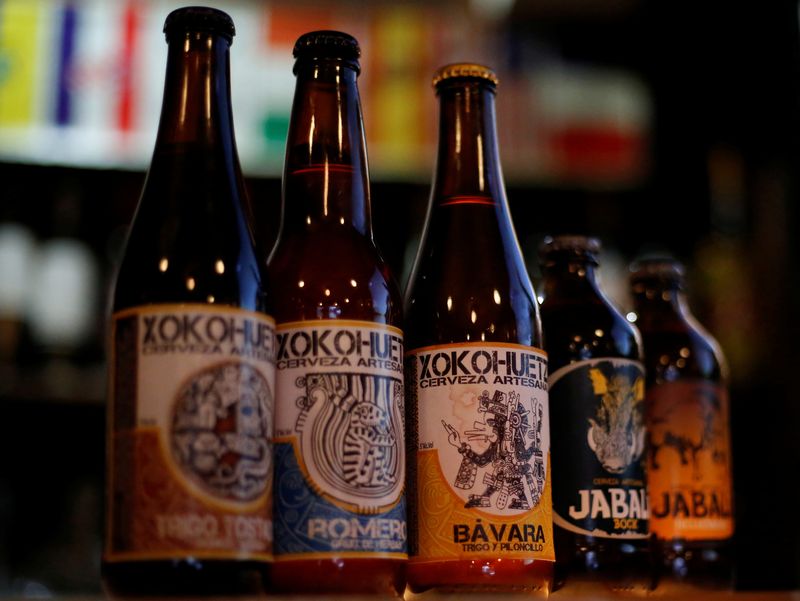 MEXICO CITY (Reuters) – Mexico’s craft beer industry should grow by over 10% this year, the country’s brewing association ACERMEX said on Friday, even as it faces sky-rocketing costs and competition from European-owned heavyweights.

“The effects of the pandemic, added to the war between Russia and Ukraine … have caused costs to skyrocket,” ACERMEX official Jose Rosas told Reuters.

“Most of the supplies for independent beer producers are imported, so the rising exchange rate is a problem and also the supplies are expensive due to shortages.”

Nevertheless, ACERMEX expects craft beer production in the country to grow 11% this year to reach about 34 million litres (59 million UK pints), with close to 90% consumed locally, or in the same state in which it was brewed.

Heineken announced in June it would build a 1.8 billion peso can manufacturing plant in the northern Mexican state of Chihuahua, near its Mequoi brewery, set to be its seventh plant in the country.

In its last quarterly report, Heineken pointed to growing demand for its Amstel and low-alcohol brands, while AB InBev said it was expanding distribution across hundreds of Mexican convenience stores, both posting strong profits despite rising costs.