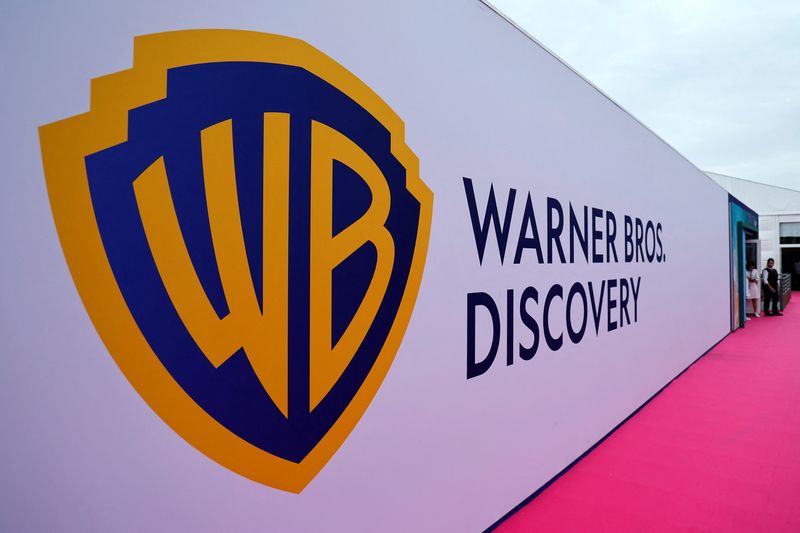 (Reuters) -Warner Bros Discovery (NASDAQ:) Inc on Monday put a price tag on its decision to scrap “Batgirl,” “The Not-Too-Late Show With Elmo” and other series and films deemed unworthy of the investment: as much as $2.5 billion.

The newly combined media company said that costs associated with cutting content could reach $2.5 billion, making up a significant part of the total $3.2 billion to $4.3 billion in charges related to its financial restructuring.

In a regulatory filing on Monday, Warner Bros Discovery detailed how Zaslav and his leadership team plan to achieve the promised cost cuts, which will be substantially completed by the end of 2024.

The media company said it was expecting to book a pretax charge of $1.3 billion to $1.6 billion in the third quarter, much of it related to the removal of 36 titles from the HBO Max streaming service, including originals like the teen drama “Generation” and the animated anthology series “Infinity Train.”

Warner Bros Discovery said it anticipates $800 million to $1 billion in costs related to layoffs throughout the company, and another $400 million to $700 million by consolidating facilities.

The company has undertaken a series of cost-cutting measures since the merger, including canceling projects such as the live-action version of the DC Comics character “Batgirl” and a planned “Wonder Twins” film, and shutting down the CNN+ streaming news service less than a month after its highly touted launch.

In its most recent quarterly report in August, the company had laid out a new strategy to merge the HBO Max streaming service with Discovery+, combining WarnerMedia’s dramas, comedies and movies with Discovery’s reality shows.

The company declined to say how the charges would impact its third-quarter results, due for release on Nov. 3. Analysts polled by Refinitiv estimate a pretax loss of $771 million.

Shares of the company were down 0.3% in after-market trading.