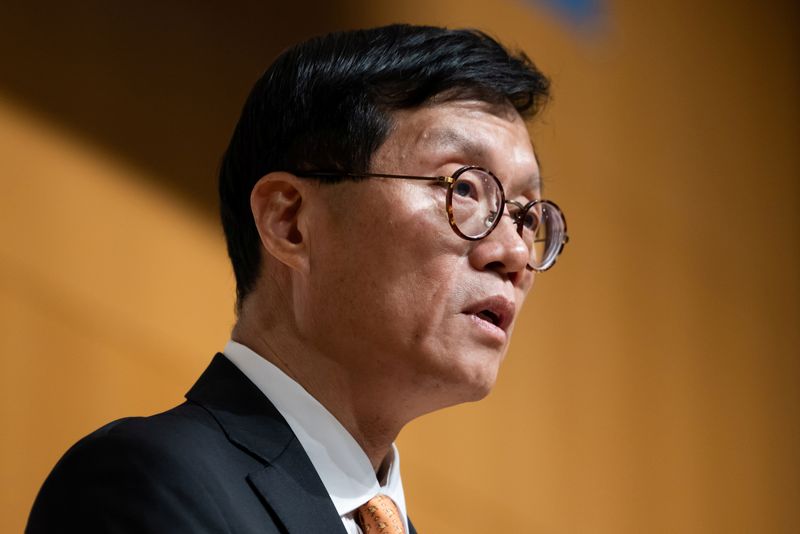 SEOUL (Reuters) – South Korea’s central bank announced more measures on Thursday to improve liquidity in the banking system and mitigate the fallout from a developer’s debt default which is sparking fears of a credit crunch in Asia’s fourth-largest economy.

The news shocked some investors given that the debts, asset-backed commercial paper guaranteed by the local government, were then rated A1. About 10 local brokerages are among the debt holders.

The default has led to a sudden freezing of short-term money markets in the country just as the Bank of Korea’s 250 basis points worth of rate hikes since mid-last year are battering the once-booming property market. Local brokerages are also heavily exposed to real estate project finances.

Growing signs that Korean companies are having trouble obtaining financing come against the backdrop of volatile global financial markets and China’s property market crisis, something the BOK will need to consider as analysts expect policy rates to rise further to 3.50% or 3.75% by next year.

Data earlier on Thursday showed South Korea’s economic growth fell to its slowest in a year in the third quarter.

Policymakers have announced a flurry of measures since Sunday to inject more money into the financial system, including the doubling of a corporate bond-buying facility to 16 trillion won.

That was part of a 50 trillion won package to prop up credit markets, which focused on buying commercial paper and other debt issued by financial institutions.

On Thursday, the BOK said it will loosen collateral policies for local financial institutions applying for loans from the bank.

The bank will also open a temporary repurchase agreement facility worth about 6 trillion won ($4.24 billion) for local financial institutions to support the smooth functioning of financial markets.

The measures come as the yield on 91-day commercial paper surged to 13-year high of 4.55% on Thursday from 1.55% at the start of the year. The country’s benchmark share index has been little fazed by the default news.

The theme park opened in May.

“The Legoland issue has really triggered worries about a credit crunch and more are also worried about financial conditions at some brokerages and construction firms,” said Han Kwang-yeol, an analyst at NH Investment & Securities.

“The recovery of this credit market will be a slow one given that central banks all around the world are still hiking rates to curb inflation.”

To ease the market jitters, Gangwon Province, which is obligated to repay the loan as state guarantor of GJC’s debt, said on Thursday it will fully pay the entire 205 billion won by Dec. 15.

“The decision (to repay the debt) has been coordinated with the government including the Ministry of Economy and Finance,” said Jeong Kwang-yeol, deputy governor on economic affairs for Gangwon Province.

Lee Bok-hyun, the governor of the Financial Supervisory Service, separately said he expects market nerves to ease by next week.