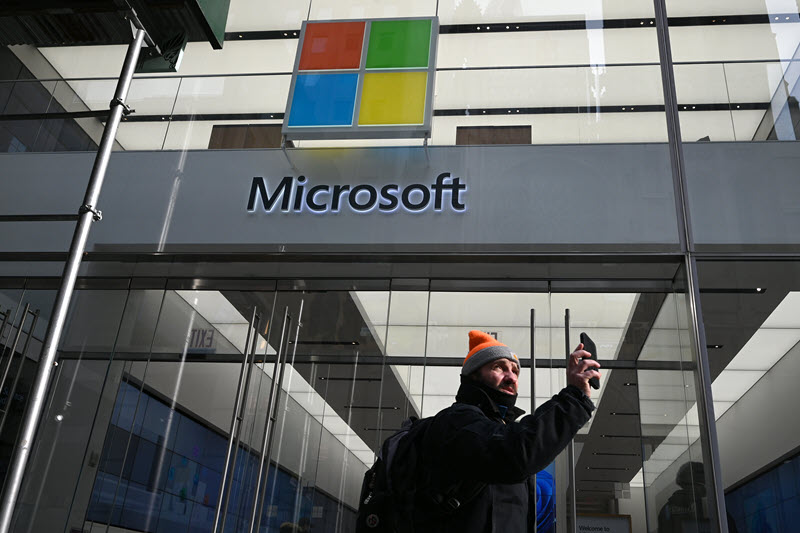 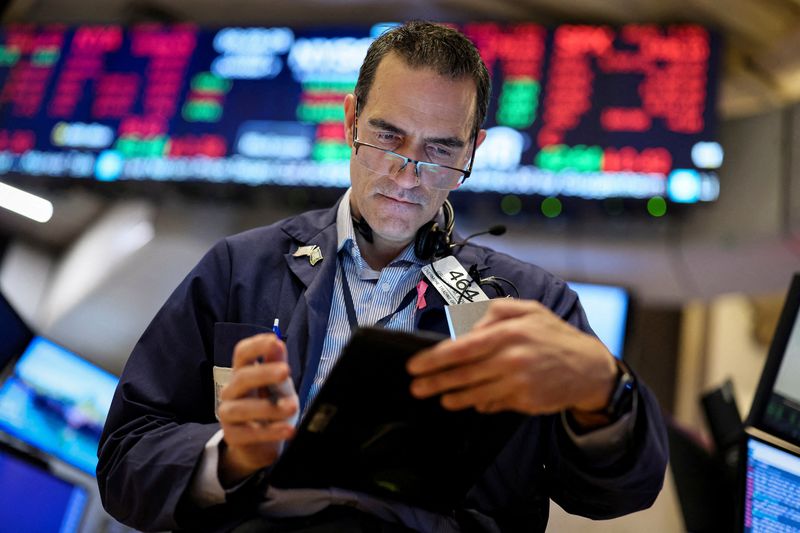 NEW YORK (Reuters) – The and the Nasdaq posted losses on Thursday, as investors contended with solid economic data and a mixed bag of corporate earnings.

The price-weighted Dow advanced, held aloft by industrials, while weakness in market-moving tech and tech-adjacent megacaps depressed the S&P 500 and Nasdaq in the wake of downbeat quarterly results and dour guidance.

“There’s lot of pressure on tech and tech-plus names, higher growth names,” Ghriskey added. “On the flipside you’re seeing a lot of strength in other sectors, in particular consumer staples, energy, financials, industrials and utilities.”

A third-quarter GDP reading showing the U.S. economy returned to growth in the July-Sept period, along with steady quarterly core inflation helped take the sting out of earnings. (Graphic: GDP, https://graphics.reuters.com/USA-STOCKS/mopakmqxopa/gdp.png)

Investors continue to scan the economic horizon for evidence that the barrage of aggressive interest rate hikes from the Federal Reserve, begun in March, are beginning to have the desired effect by cooling down the economy.

While a 75 basis point rate hike at the conclusion of its Nov. 1-2 policy meeting is all but assured, the likelihood of a smaller, 50 basis point hike in December was 55%, according to CME’s FedWatch tool.

“The overriding theme is really the Fed. The Fed is going to control the direction of this market over the coming months,” Ghriskey added.

Among the 11 major sectors of the S&P 500, industrials had the biggest percentage gain, with communication services, weighed by Meta, down the most.

Third-quarter reporting season forges ahead at full speed, with 227 of the companies in the S&P 500 having reported. Of those, 74% have beaten consensus estimates.

Analysts now see aggregate S&P earnings growth of 2.5%, down from 4.5% at the beginning of October.

“In general we’ve seen earnings come in at or slightly above expectations,” Ghriskey said. “But those expectations have been lowered throughout the quarter.”

Shares of Amazon.com (NASDAQ:) dropped more than 19% in post-market trading after the company provided a disappointing sales forecast.

Intel Corp (NASDAQ:) rose as much 7% before paring gains post market, even after cutting its annual revenue forecast.

Advancing issues outnumbered declining ones on the NYSE by a 1.18-to-1 ratio; on Nasdaq, a 1.10-to-1 ratio favored decliners.

Volume on U.S. exchanges was 11.36 billion shares, compared with the 11.59 billion average over the last 20 trading days.