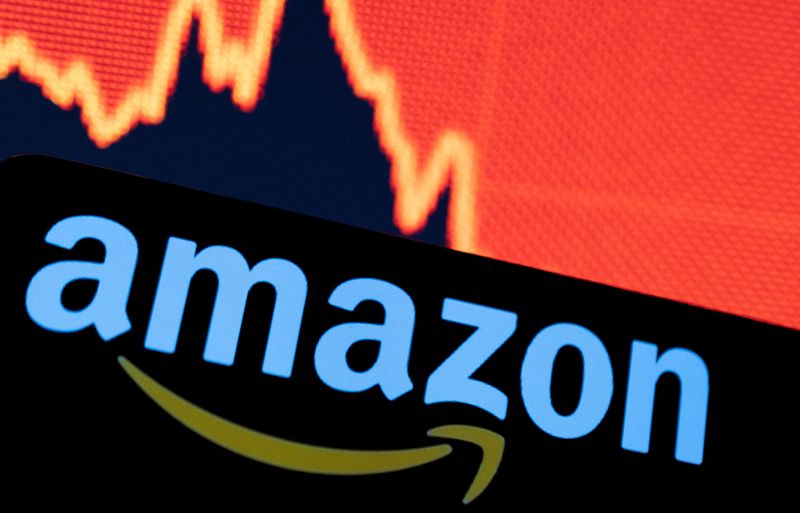 All major U.S. indexes ended the session up about 2.5% or more, with the S&P and the Nasdaq notching their second straight weekly gains. The blue-chip Dow posted its fourth consecutive Friday-to-Friday advance and its biggest weekly percentage gain since May.

“This has been one of the best months (so far) in the history of the Dow, suggesting the bear market likely ended,” said Ryan Detrick, chief market strategist at Carson Group in Omaha. “Big monthly moves historically happen at the end of bear markets.”

“This is the second Friday in a row we’ve seen aggressive buying suggesting investors are growing more comfortable holding over the weekend,” Detrick added.

A 7.6% rebound in Apple Inc (NASDAQ:) helped soften the blow of the 6.8% plunge for Amazon.com (NASDAQ:) shares, in the wake of the two market leaders’ results.

Solid earnings beats from Chevron (NYSE:), Exxon Mobil (NYSE:) and other companies outside the tech and tech-adjacent megacap group have brightened aggregate earnings estimates for the quarter.

Analysts now see third-quarter earnings growth of 4.1%, up from 2.5% on Thursday, according to Refinitiv data.

“We’ve seen some high-profile misses from significant large-cap names,” Detrick said. “But under the surface many of the smaller and midsize companies have been quite impressive with their earnings results.”

Financial markets have now priced in an 84.5% likelihood of a fifth consecutive 75 basis point interest rate hike at the conclusion of the Fed’s Nov. 1-2 policy meeting, and a 51.4% chance the central bank will decelerate to 50 basis points in December, according to CME’s FedWatch tool.

“The door is cracked open on the possibility that we might see a more dovish Fed come December’s policy meeting, whereas a month ago that door was locked and slammed shut,” Detrick added.

Of the 11 major sectors of the S&P 500, all but consumer discretionary stocks, weighed down by Amazon shares, ended the session green. Tech shares enjoyed the largest percentage gain.

Third-quarter reporting season has passed the halfway point, with 263 of the companies in the S&P 500 having reported. Of those, 73% have beaten consensus expectations, according to Refinitiv.

Advancing issues outnumbered declining ones on the NYSE by a 2.87-to-1 ratio; on Nasdaq, a 2.12-to-1 ratio favored advancers.

Volume on U.S. exchanges was 11.26 billion shares, compared with the 11.53 billion average over the last 20 trading days.