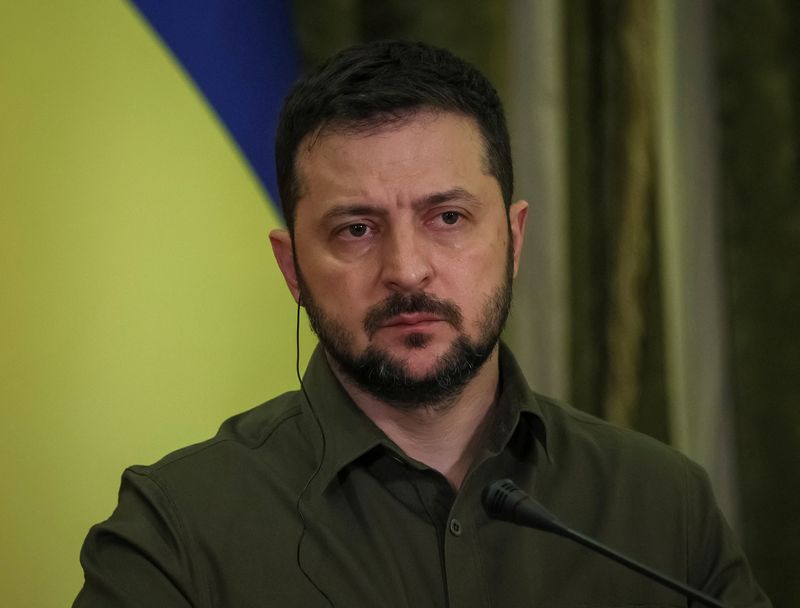 (Reuters) – President Volodymyr Zelenskiy on Thursday stood outside in the dark beside the wreckage of a downed drone and vowed that widespread Russian attacks on power plants would not break Ukrainian spirits.

Abandoning his usual indoor setting, Zelenskiy said in his daily video address that Kyiv had shot down 23 drones in the last two days.

“Shelling will not break us – to hear the enemy’s anthem on our land is scarier than the enemy’s rockets in our sky. We are not afraid of the dark,” he said.

Kyiv and four regions may have to cut electricity supplies for longer than planned after Russian strikes, a senior official said earlier on Thursday.

Zelenskiy said that Russia had so far launched more than 8,000 air strikes and fired 4,500 missiles.