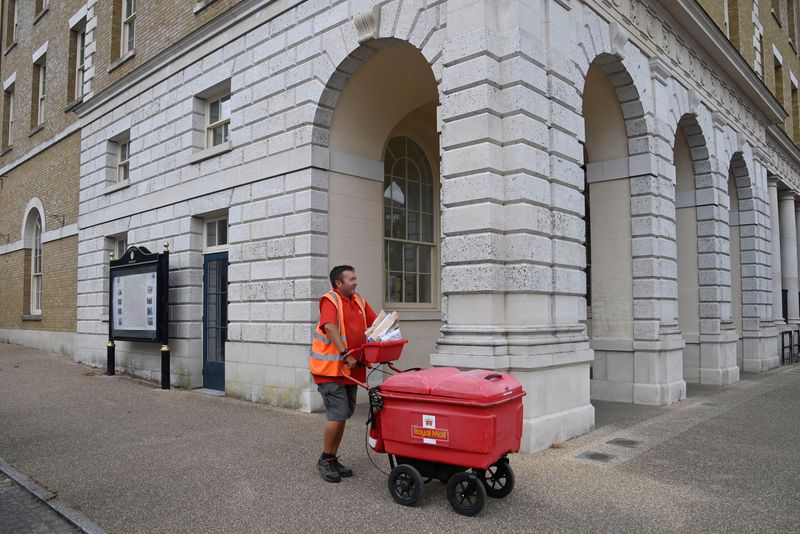 © Reuters. FILE PHOTO: A Royal Mail worker makes deliveries in the planned community of Poundbury, built on land owned by, and with the design approved by Britain’s Prince Charles, on the outskirts of Dorchester, Britain, August 19, 2022. REUTERS/Toby Melville

(Reuters) – The Royal Mail (LON:)’s largest labour union, the Communications Workers Union (CWU), has withdrawn its planned strike action in Britain in the next two weeks, the company said on Sunday.

The company and the union have talks planned through the Advisory, Conciliation and Arbitration Service (Acas) on Monday.

The union last month called for 19 days of strikes spread across October and November against Royal Mail.

Royal Mail has been in a tussle with the CWU over pay for months and has said it is losing 1 million pounds ($1.11 million) a day due to strike action. The company said this month said it could cut up to 10,000 jobs and warned of more layoffs if planned strikes go ahead.