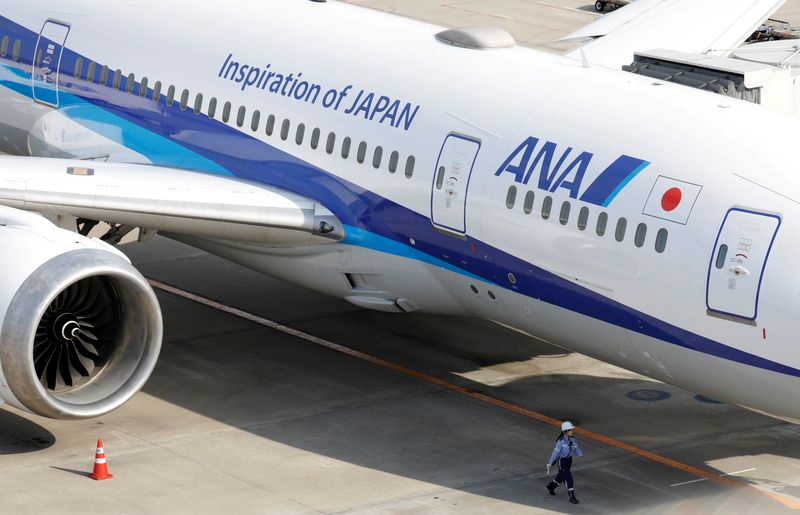 ANA lifted its operating profit forecast to 65 billion yen ($440 million) for the 12 months through March 31, up from earlier guidance of 50 billion yen, as it recovers from a 173 billion yen loss the prior year.

The outlook is lower than the consensus forecast for operating profit of 70.4 billion yen, based on a Refinitiv poll of 12 analysts.

Chief Executive Koji Shibata told reporters the company expects to return to pre-pandemic performance levels over fiscal year 2023 to 2025 and to be back on a growth trajectory from fiscal 2026.

The Ukraine and Russia conflict poses a risk to that plan, however, as it imposes airspace detours around the area and makes it difficult to increase flights to Europe, he added.

The company reported an operating profit of 31.45 billion yen in the six months through Sept. 30, compared to a loss of 116 billion yen a year earlier, it said in a statement.

Japan reopened its borders to visa-free travel from tourists earlier this month and removed a cap on daily arrivals after more than two years of pandemic-related isolation.

ANA said it now expects a full recovery in its domestic business by fiscal year end, while international numbers will rebound to 60% of pre-COVID-19 levels.