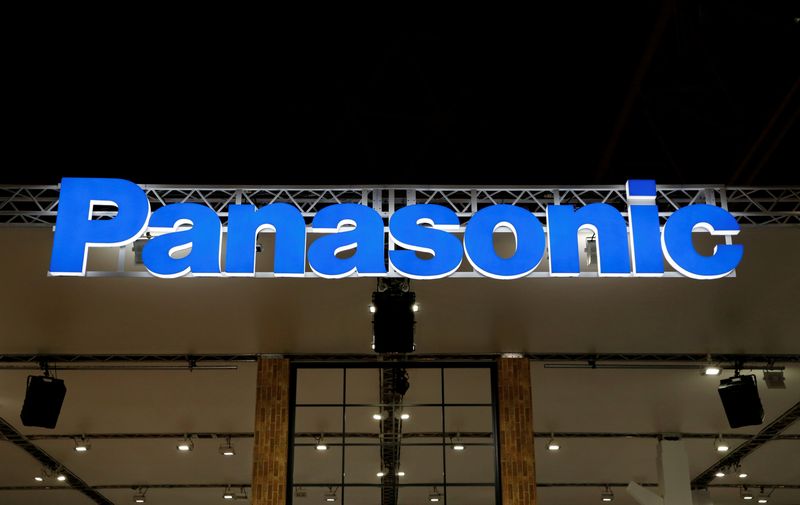 © Reuters. FILE PHOTO: A logo of Panasonic Corp is pictured at the Combined Exhibition of Advanced Technologies at the Makuhari Messe in Chiba, Japan, October 2, 2017. REUTERS/Toru Hanai/File Photo

It reported 86.1 billion yen ($582.54 million) in operating profit for the three months to end-September, versus an average 81.6 billion yen profit estimated by nine analysts, according to Refinitiv data.

The company lowered its full-year operating profit forecast to 320 billion yen from 360 billion yen for the year ending March 31. That compares with a 349.9 billion yen average forecast by 19 analysts.

While known for consumer electronics and appliances, Panasonic has in recent years focused on building parts and supplying services to other businesses, such as batteries for Tesla (NASDAQ:) Inc’s electric cars.

The conglomerate’s energy unit said in July it had picked Kansas as the site for a new plant that will primarily supply batteries to Tesla, joining other battery suppliers planning massive U.S. investments to qualify for new EV tax credit rules and to meet growing demand there.

Panasonic said on Monday the construction of the battery plant in Kansas will begin in November and it expects initial production capacity of 30 gigawatt hours. It aims to start mass production at the plant by the end of March 2025.

Panasonic has said that, by 2029, it plans to expand its battery production capacity by three to four times, with most of the increase in North America.

It is working to supply Tesla with a larger battery known as the 4680 model, starting with production in Japan in its next fiscal year.