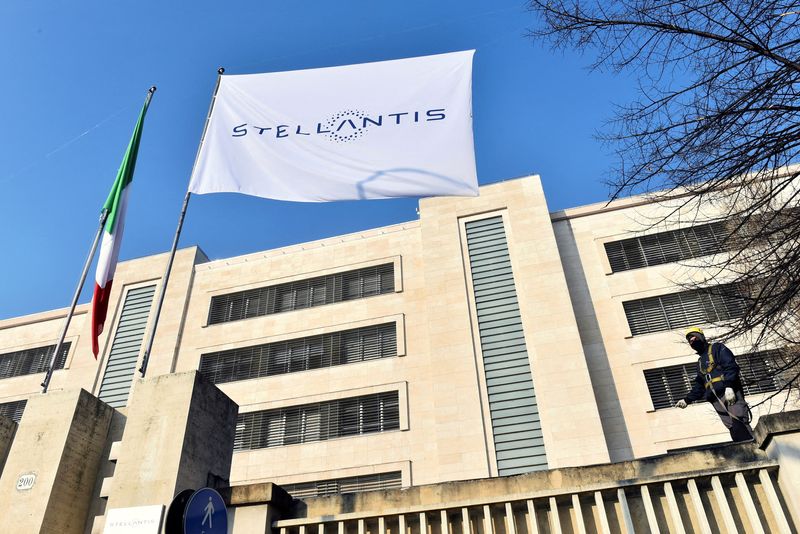 © Reuters. FILE PHOTO: The logo of Stellantis is seen on a flag at the main entrance of FCA Mirafiori plant in Turin, Italy, January 18, 2021. REUTERS/Massimo Pinca

(Reuters) -Stellantis said that shareholders of its loss-making joint venture producing Jeep vehicles in China have approved it to file for bankruptcy.

The European carmaker said in a statement it had fully impaired the value of its investment in the venture in its results for the fist half of 2022, adding that it will continue to provide services to existing and future Jeep brand customers in China.

Stellantis had terminated the joint venture with Guangzhou Automobile Group Co (GAC) in July, only months after it said it would raise its stake in the business to 75% from 50%.

In the following days, GAC hit out at Stellantis, saying that it was “deeply shocked” by critical comments from Stellantis about the end of their joint venture in China.

While reporting financial results in July, Stellantis Chief Executive Officer Carlos Tavares said over the last five years “the political influence” in doing business with its partners in China was growing by the day. He also added that he did not see a major long-term impact from the company’s decision to break the joint venture with GAC.