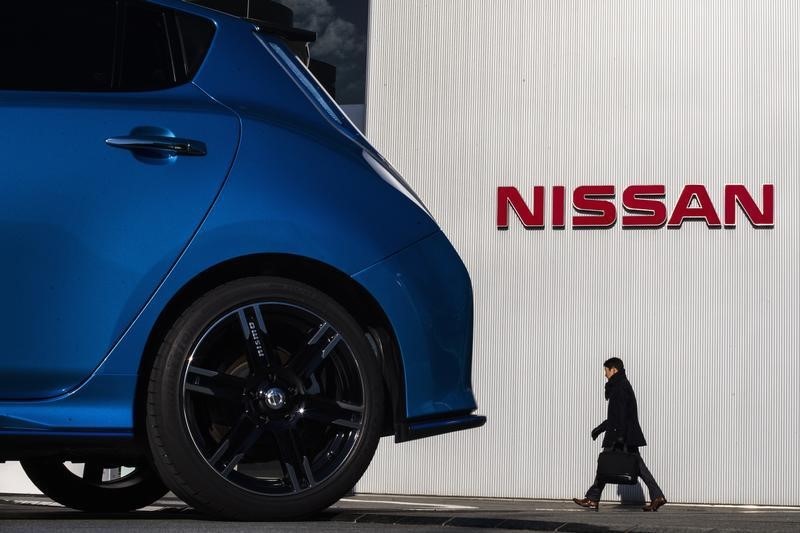 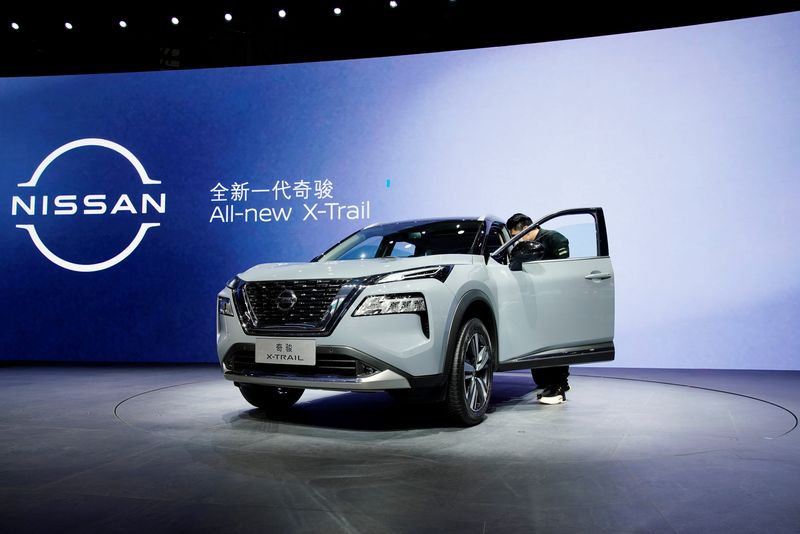 © Reuters. FILE PHOTO: A man checks a Nissan X-Trail SUV displayed at the Nissan booth during a media day for the Auto Shanghai show in Shanghai, China April 19, 2021. REUTERS/Aly Song

The Japanese automaker stopped taking orders of the Sakura, fully electric micro “kei” cars, at the end of the month, the spokesperson said. The company announced the suspension on its website on Tuesday and it is unclear when it will resume taking orders.

The suspension is for the domestic market, the spokesperson said.

“We are unable to provide customers with a delivery date response,” the spokesperson said.

Strong orders and the global semiconductor chip shortage, which had cast uncertainty over the production plan for the next fiscal year, have led to a prolonged delivery period of a year or more, the spokesperson added.

The Japanese automaker unveiled the Sakura, its first jointly developed light EV with alliance partner Mitsubishi Motors (OTC:) Corp, in May and said in July it had attracted orders of 23,000 units, exceeding the total number of battery-driven EVs sold by all companies in Japan last year.

Nissan said in August it would stop taking new orders for the Leaf EV currently sold in the domestic market in late September.