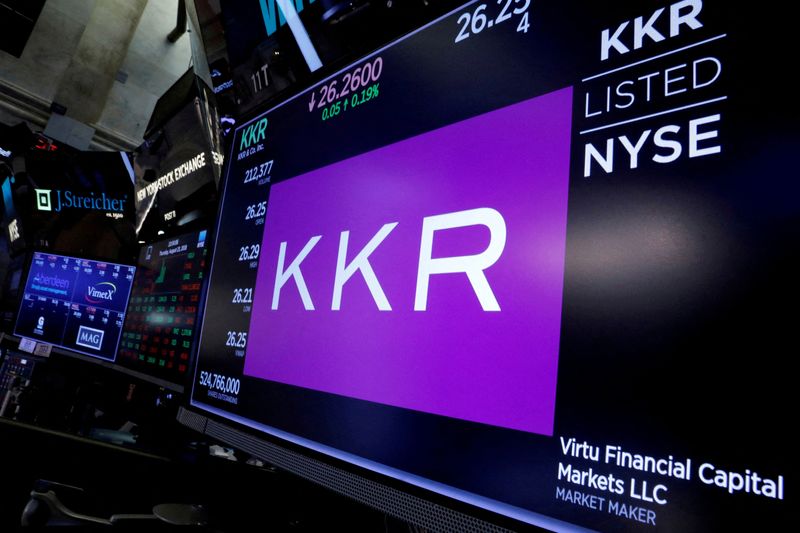 © Reuters. FILE PHOTO: Trading information for KKR & Co is displayed on a screen on the floor of the New York Stock Exchange (NYSE) in New York, U.S., August 23, 2018. REUTERS/Brendan McDermid

LONDON (Reuters) -Vodafone said it would sell a portion of its majority stake in wireless towers unit Vantage to private equity firms GIP and KKR, and use the minimum proceeds of 3.2 billion euros to pay down its debt.

The British telecoms group said its would create a new joint venture with the investors, which would result in the deconsolidation of its 81.7% stake.

The joint venture would also buy out the minority shareholders in Frankfurt-listed Vantage, it said on Wednesday.

Shares in Vantage jumped 7.8%, while Vodafone (NASDAQ:) was broadly flat.