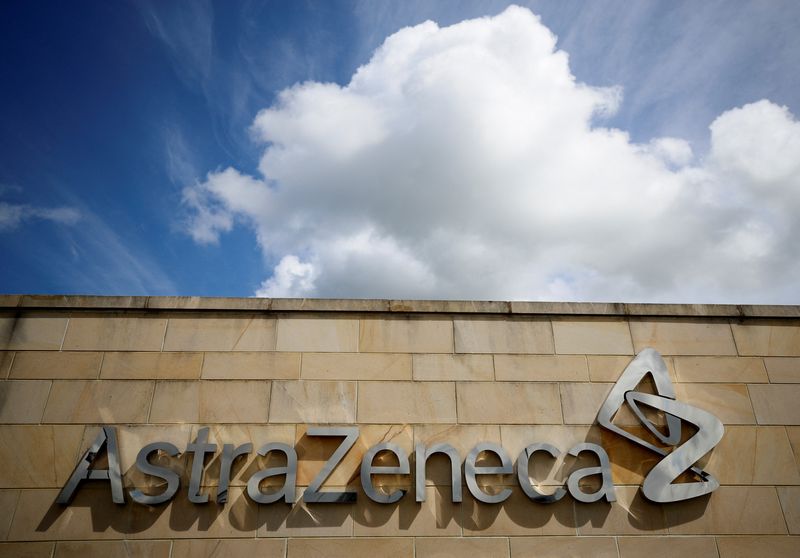 © Reuters. FILE PHOTO: A company logo is seen at the AstraZeneca site in Macclesfield, Britain, May 11, 2021. REUTERS/Phil Noble

(Reuters) -AstraZeneca on Thursday topped analysts’ expectations for third-quarter profit and revenue, helped by sales of its roster of cancer drugs, and raised its full-year adjusted earnings forecast.

The London-listed drugmaker generated $10.98 billion total revenue for the three months ended Sep. 30 on a constant-currency basis, while core earnings came in at $1.67 cents per share.

Analysts on average were expecting profit of $1.52 cents per share on revenue of around $10.73 billion, based on Refinitiv data.