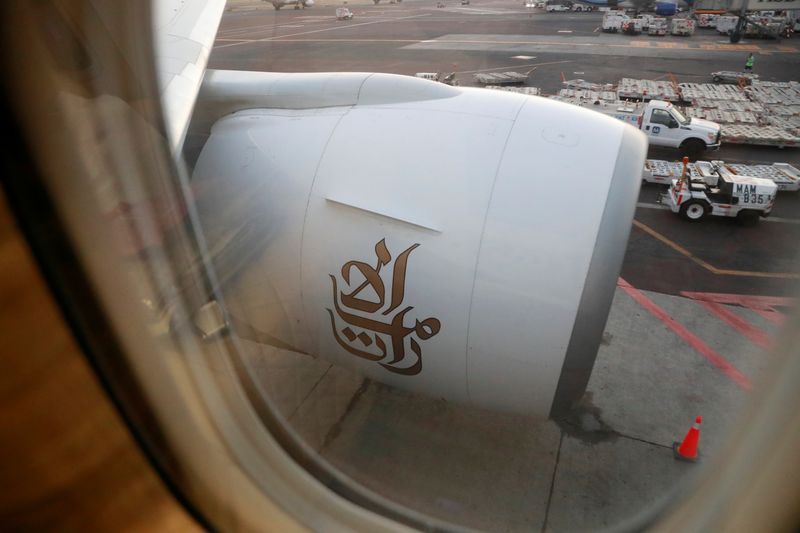 DUBAI (Reuters) – Dubai state-owned airline Emirates swung to a record profit of 4 billion dirhams ($1.09 billion) in the first-half of its 2022/2023 financial year, buoyed by strong demand and the easing and removal of pandemic restrictions across the world.

The flag carrier reported a loss of 5.8 billion dirhams the year earlier. Revenues for six months to Sept. 30 jumped 131% to 50.1 billion dirhams, Emirates Group, which includes the airline and other units, said in a statement on Thursday.

“The airline’s strong turnaround performance is driven by strong passenger demand for international travel across markets.”

The Group said its employee headcount increased by 10% to 93,893 staff as both the airline and the group’s airport services subsidiary dnata, “have embarked on targeted recruitment drives to support their future requirements”.