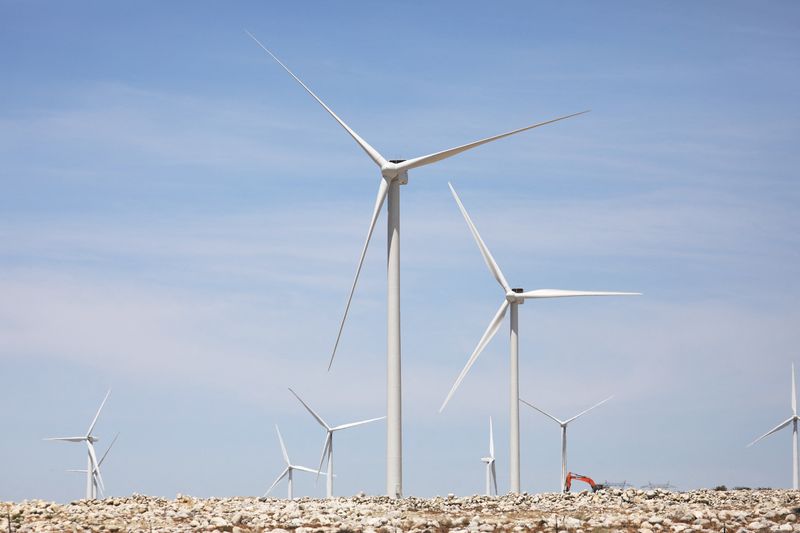 (Reuters) – A group responsible for power market reliability in Western North America said the growing use of renewable generation will require the region to boost planning reserves in coming years to help maintain grid reliability.

The Western Electricity Coordinating Council (WECC) said in a recent reliability assessment that planning reserve margins for 2023 rose from 16.9% in 2021 to 18.3% in 2022 due in part to the increase in variable resources, like wind and solar, that only produce power when the wind blows or the sun shines.

That means electric companies will have to hold more resources to account for that increased variability to maintain system reliability.

“If nothing is done to mitigate the long-term risks within the Western Interconnection, by 2025 we anticipate severe risks to the reliability and security of the interconnection,” WECC said in the assessment.

The problem will get worse over time since most western states have committed to aggressive clean energy targets and the federal government plans to spend billions on clean energy development under the Inflation Reduction Act.

Over the next decade, WECC said entities in the West plan to retire nearly 26 gigawatts (GW) of mostly coal and natural gas-fired resources, and build close to 80 GW of mostly solar, wind, and battery storage.

WECC, however, noted that reliability through 2025 increased in the latest assessment compared with last year.

Those actions included the addition of almost 3,000 megawatts of mostly battery storage and the delayed retirement of several plants like the Jim Bridger coal plant in Wyoming and the Haynes and Scattergood gas plants in California.