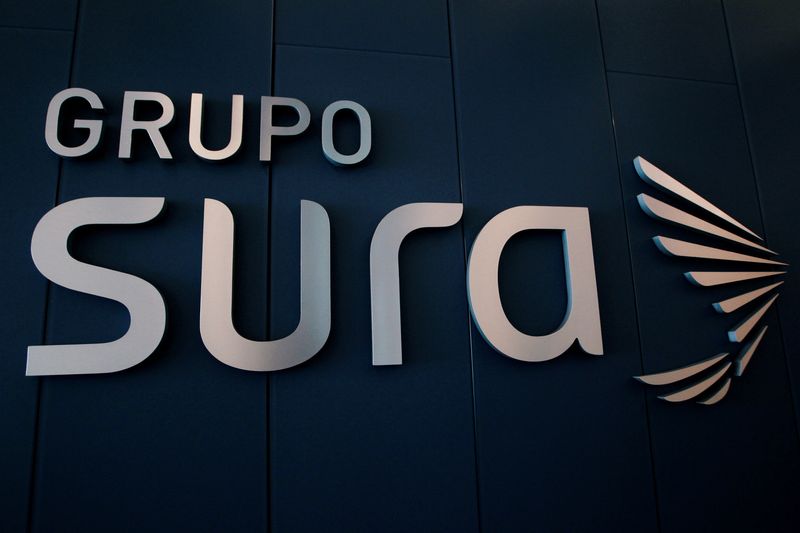 © Reuters. FILE PHOTO: The Grupo Sura logo can be seen at its headquarters in Medellin, Colombia February 27, 2018. REUTERS/Fredy Builes/File Photo

(Reuters) – Net profit at Grupo SURA, Colombia’s largest investment company, stayed relatively stable in the third quarter compared to the year-ago period as both revenues and costs grew, the company said in a statement on Friday.

Grupo SURA’s revenue for the quarter hit 7.85 trillion pesos, up 19% from the year before, on double-digit growth in its insurance sector.

Operational costs for the company also grew, however, rising some 16% from the year-ago quarter. SURA said it would continue to focus on cost control and efficiency, adding the increase in costs was still lower than the jump in revenue.