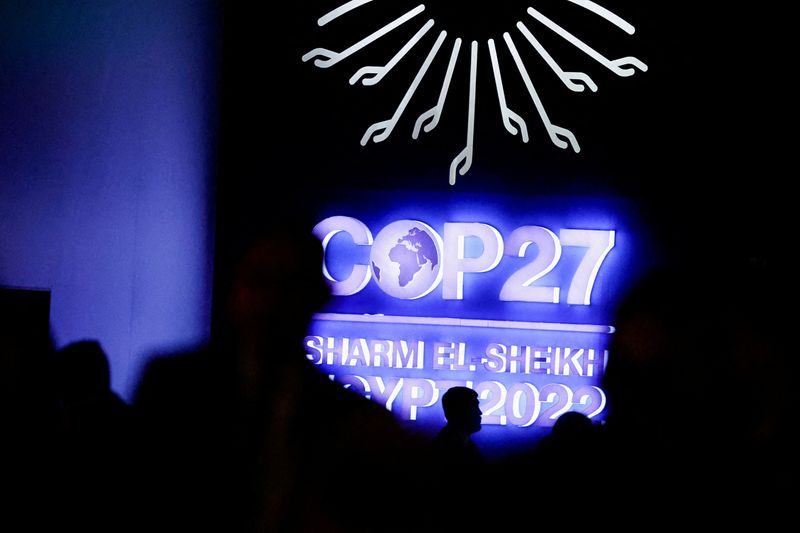 SHARM EL-SHEIKH, Egypt (Reuters) – After a full week of speeches from world leaders, presentations by scientists and closed-door negotiations, the U.N. climate conference was poised for a weekend break.

COP27 featured a light agenda for Saturday, and a full day of rest on Sunday before the focus shifts to discussions around a final document – meant to reflect what has been agreed and achieved at the summit this year.

On Saturday, delegations will be invited to weigh in on what they want to include in a final deal – in the first of several open discussions to be held by the Egyptian COP27 presidency.

Those talks are expected to intensify through next week until the conference concludes on Nov. 18, as delegates jockey for their priorities to be included in the closing declaration.

Saturday could also see more announcements made on agriculture, land use and food security – coinciding with the conference theme for the day.