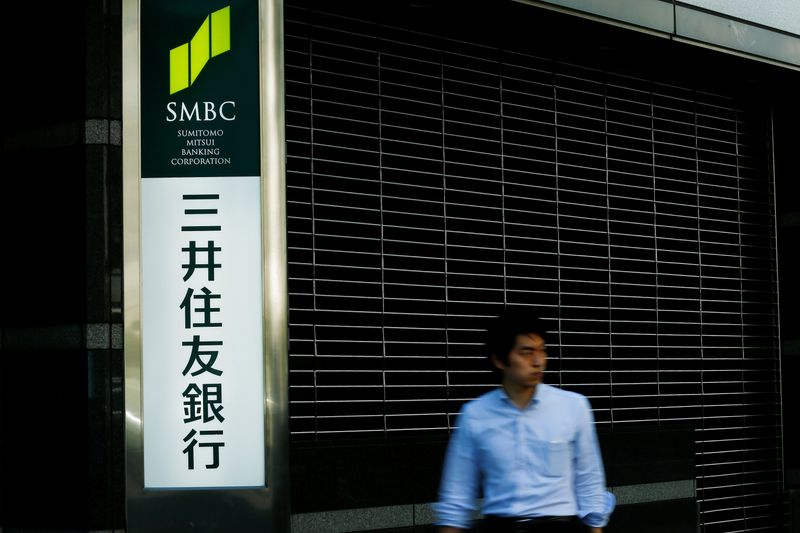 Sumitomo Mitsui (NYSE:) posted a profit of 272.99 billion yen ($1.96 billion) in the July-September period versus 252.8 billion yen a year earlier, according to Reuters’ calculations based on six-month cumulative figures disclosed in a stock exchange filing.

For the full year through March, Sumitomo Mitsui revised its profit forecast to 770 billion yen from 730 billion yen, compared with the 753 billion yen average estimate of 13 analysts compiled by Refinitiv.

Sumitomo Mitsui said demand for loans remained solid in Japan and in the United States. A rebound in spending also lifted the bank’s credit card and consumer finance business units.

The lender also said it would buy back up to 4.4% of its own shares, worth up to 200 billion yen.

Even though they have cut their exposures since last year, the faster-than-expected pace of monetary tightening by the U.S. Federal Reserve has caused unrealised losses on their Treasury holdings.