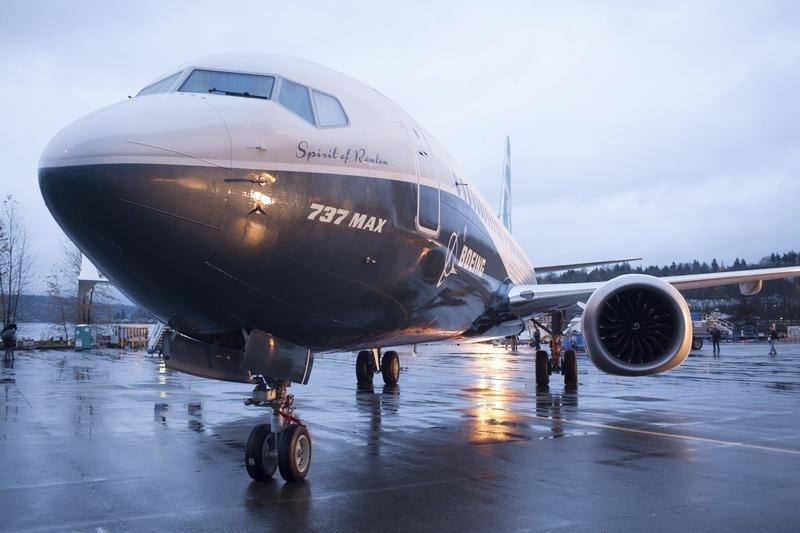 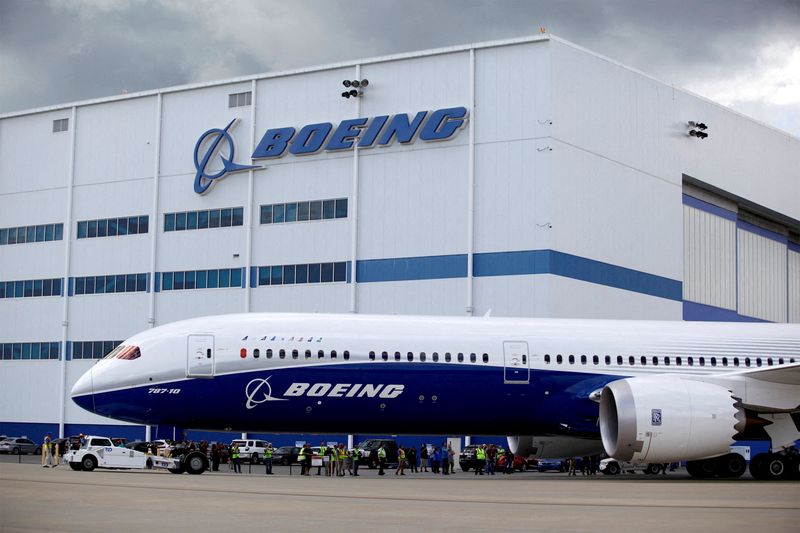 By David Shepardson and Tim Hepher

WASHINGTON/PARIS (Reuters) -Boeing Co said on Monday that operators of its 787 Dreamliner jetliners have experienced paint peeling issues on wing and horizontal stabilizer surfaces due to ultraviolet radiation exposure, and asked U.S. regulators to approve its plan to address the issue. The announcement is the most recent evidence of exterior problems on the latest carbon-composite jets as Europe’s Airbus faces a $2 billion London court battle with Qatar Airways over the deteriorating surface of its competing A350. Airbus argues it is a generic but harmless problem stemming from the way paint and carbon interact, while Qatar Airways, which operates both competing types, blames a deeper A350 defect potentially weakening lightning protection on those jets alone. Both manufacturers insist the lightweight models are safe. Until now, Boeing (NYSE:)’s interim fix has involved repeated use of “speed tape” over affected areas. That led some passengers to post photos online of 787 wings with tape and raise concerns. Now, Boeing wants the Federal Aviation Administration (FAA) to approve its plan to incorporate a layer of ultraviolet- blocking black topcoat between the primer and the white topcoat.

“Even though the use of speed tape has no effect on the safety of the airplane, the public could perceive an unsafe condition when seeing tape on the wing surfaces,” Boeing told the FAA in a regulatory filing made public on Monday.

Boeing said in its filing that the “petition will address a fleet significant maintenance issue that is creating a public perception of an unsafe condition as well as creating the potential for significant airplane downtime.”

Boeing said in its filing the fix was needed in part because the “paint peeling issue requires the operators to repaint the wing and horizontal stabilizer at a much higher frequency.”

The company said in a statement to Reuters it had asked the FAA to approve the proposed change to “eliminate the paint adhesion issue experienced on some 787s. We understand the importance of a pristine appearance for our products to both our customers and the flying public.”

Boeing has also asked the FAA for approval of other design changes, including adding cap seals over the nuts of certain 787 wing skin fasteners because certain combinations could lead to ignition sources in the fuel tank.The FAA, which said on Monday it would carefully review Boeing’s petition, in August approved the first 787 for delivery since 2021. Boeing halted deliveries in May 2021 after the FAA raised concerns about its proposed inspection method.

While Boeing says its problems come from UV light, the Airbus-Qatar court case focuses on conditions within the multi-layered exterior, though both sides have very different interpretations. Airbus declined to comment on the 787 paint news. Qatar Airways did not immediately respond to a request to comment.