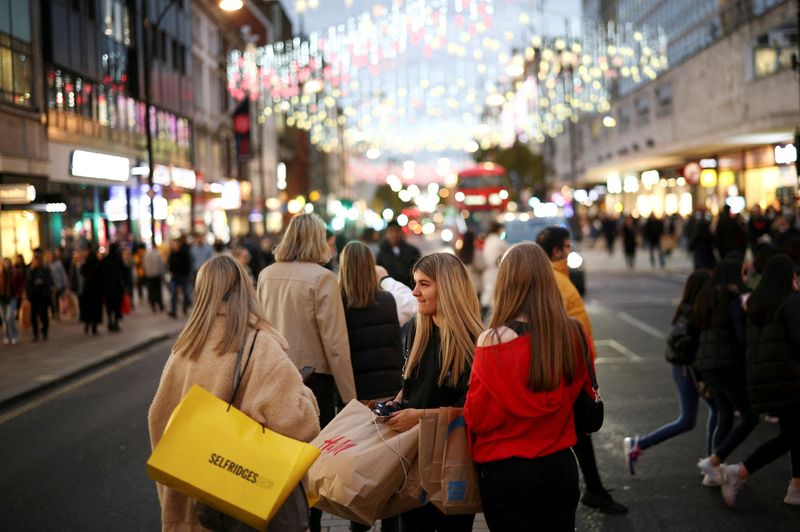 In a survey released on Tuesday, which chimes with recent comments from Marks & Spencer (OTC:), Sainsbury’s and Primark, NielsenIQ said 30% of British consumers started shopping for Christmas this year before mid-October, which compared to 18% in 2021.

Mike Watkins, NielsenIQ’s UK head of retailer and business insight, said: “27% also say they will buy Christmas gifts when they see them in store”, adding that this suggested a “spreading the cost of Christmas” mindset was even more important as Britons struggle with rising living costs.

These costs show no sign of easing, and with inflation at a 40-year high of 10.1% and consumer confidence close to the gloomiest on record, people are looking to make savings.

Nielsen said sales growth at British supermarkets picked-up over the last month on a value basis, masking a drop in volumes once inflation is accounted for.

NielsenIQ said that crisps and snacks and soft drinks were the only two categories to see volume growth in the four week period with growth of 2.9% and 0.6% respectively.

NielsenIQ forecast 34 billion pounds ($40 billion) will be spent at supermarket groups in the 12 weeks to Dec. 31, growth of 4% compared to last year, but with a volume decline of 4%.