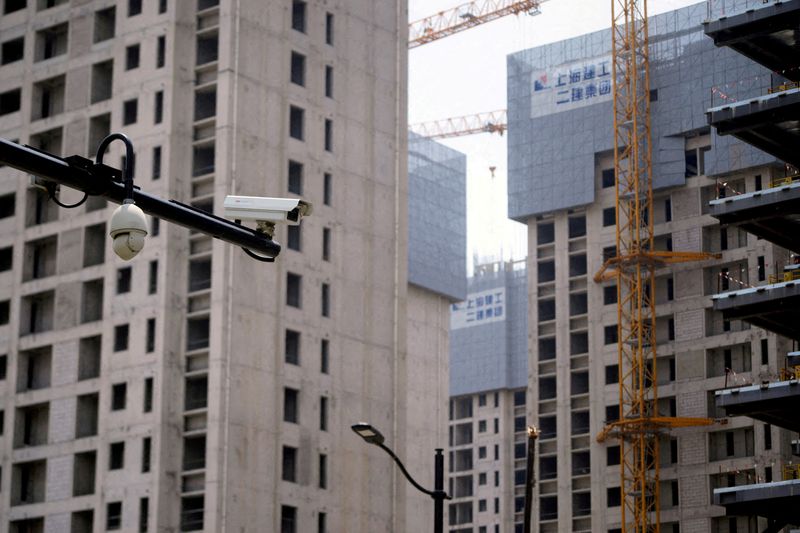 HONG KONG (Reuters) – Global investors Warburg Pincus and Greystar Real Estate Partners are pushing deeper into China’s rental housing, as a growing number of distressed developers are looking to divest some of their assets to temper a stifling liquidity crunch.

The two asset managers, whose focus is on top tier Chinese cities for rental business, are in talks with distressed developers to take over assets including offices and hotels to turn them into rental housing, their executives told Reuters.

Beijing has been promoting rental housing in recent years as runaway home prices in major cities shut out many young buyers – a plan that has assumed greater significance in the wake of the debt crisis in the property sector and a weaker economy, industry officials said.

The state push is also backed by potentially lucrative returns – depending on the business model, returns on rental housing projects could be between high single digit and high teens.

“There’s a lot more cash crunch pressure being faced by developers and asset owners, now we’re able to get deals on a more attractive basis than we were in 2017-2021,” said Charles Ma, managing director of Greystar China.

Greystar, which has two rental projects in Shanghai, is also considering entry into the affordable rental segment – a subsidized segment for low-income families and young people – to cash in on higher margins due to favourable policies, Ma said.

“Warburg Pincus will be more active in the (next) three years to look for assets for conversion into rental housing,” said Qiqi Zhang, managing director of Warburg Pincus, which has investments in Chinese apartment rental brands.

Warburg-backed Chinese apartment rental brands include TULU, Ziroom, Base and Mofang, which has filed an initial public offering (IPO) application in Hong Kong in what would be a key test for investor appetite for such businesses in China.

Chinese property stocks rallied earlier in the week on Beijing’s “most comprehensive” support measures for the sector. As part of that, regulators have asked trust companies to provide financing to developers for rental housing construction and acquisitions.

Reuters reported in July China will launch a fund worth up to $44 billion to bankroll the purchases of unfinished home projects and complete their construction, and then rent them to individuals as part of the drive to boost rental housing.

Beijing’s recent measures to bolster the sector would benefit some stronger developers, industry officials said, as some of them are also looking to grow their rental business to cushion the impact of slowing property sales.

China Vanke and Longfor Group, the country’s biggest providers of rental apartments with presence in tier one and two cities, are among the developers keen on rentals, according to company statements and industry sources.

“The biggest incentive is the current market situation — as the economy is not doing well, rental business actually turns better,” said a developer who declined to be named as he was not authorized to speak to the media.

Beijing-based Longfor said during its first-half earnings conference in August its rental housing business swung to profit last year after it started operating in 2016, and it told Reuters in October it will continue to expand its portfolio in major cities in the country.

“Rental is about living demand; it’s more stable than investment volatility. Across cycles, investment demand may have been affected but not overall housing demand,” said Warburg Pincus’ Zhang.