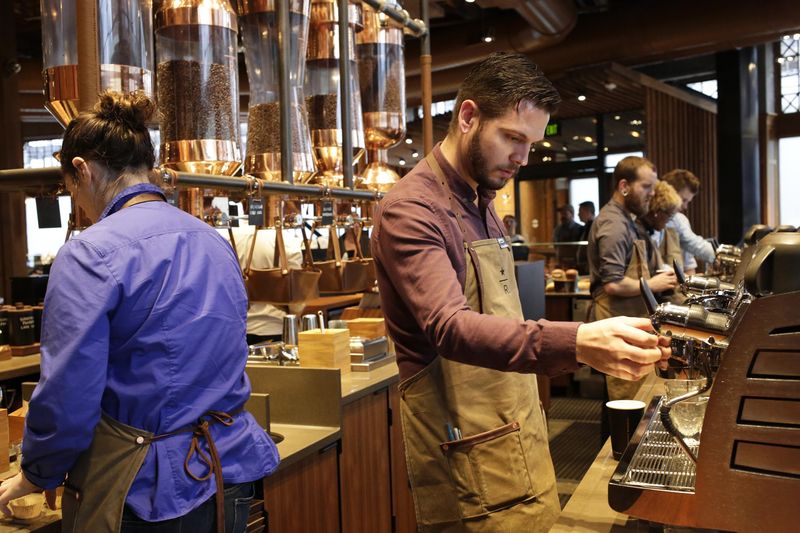 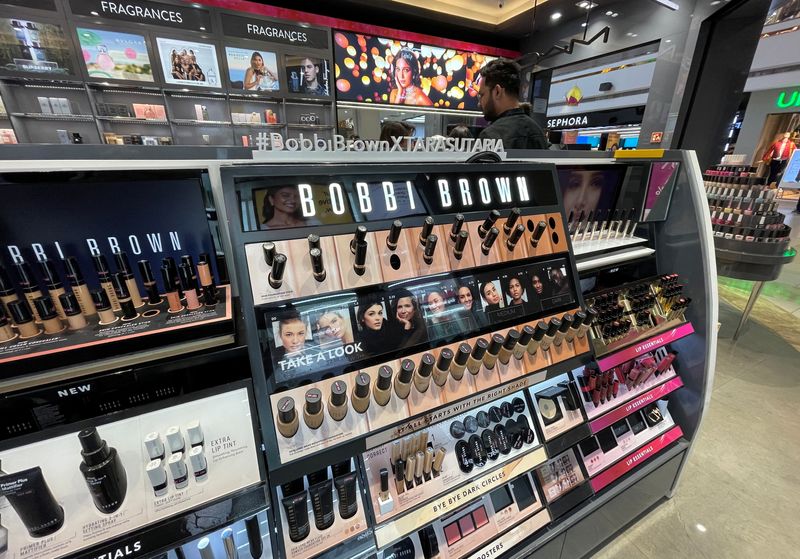 NEW DELHI (Reuters) – India’s Tata Group is planning to open at least 20 “beauty tech” stores where it will use virtual makeup kiosks and digital skin tests to get young, affluent shoppers to buy premium cosmetic products, according to a company document and a person familiar with its strategy.

The move pits Tata, whose interests range from cars to jewellery, against LVMH’s Sephora and domestic rival Nykaa for a share of the fast-growing $16 billion beauty and personal care market in the world’s second-most populous country.

Tata is eyeing what it calls a “beauty enthusiast” in India aged between 18 and 45 years who likes to buy foreign brands such as Estee Lauder (NYSE:)’s M.A.C and Bobbi Brown, according to the document, which lists The Honest Company, Ellis Brooklyn and Gallinee as potential partners. Tata is in talks with more than two dozen companies to supply exclusive products to the new stores, according to the person familiar with the strategy, who did not name specific brands.

Tata declined to comment on its planned beauty stores and the contents of the document seen by Reuters. Representatives of The Honest Company, Ellis Brooklyn and Gallinee did not respond to Reuters requests for comment.

The store opening plans, still under wraps, follow the recent launch of Tata’s beauty shopping app, called Tata CLiQ Palette. The company is already in the brick-and-mortar retail business in India, where it has joint-venture partnerships with global brands such as Zara and Starbucks (NASDAQ:).

The stores will have a bright red facade showing Tata CLiQ Palette branding, with 70% of the products inside being skincare and make up, according to the Tata document. Inside the stores, Tata is planning to install technology allowing customers to try on dozens of lipstick shades virtually on screens and to get digital skin tests to find out what products might work best for them, according to the document.

The technology is not new and is in use by other beauty retailers around the world, but this venture into what industry experts call “experiential retail” is still a relatively new concept in Indian malls and high street shops.

“Experiential retail is going to be a big thing in India as more customers will spend their leisure time at such stores,” said Pankaj Renjhen, joint managing director at India’s Anarock Retail consultancy. “In the premium segment – where a customer is looking for things beyond price – experiential retail helps trigger impulse shopping and can entice them.”

Renjhen added, however, that “the product and the brands have to be exclusive and good – if they are not that, she (the customer) is not going to come back.”

As India’s economy grows, and people return to shops after coronavirus lockdowns, Tata is looking to target relatively young and affluent customers who like to shop in comfortable surroundings and are willing to pay the sticker price for premium international brands. Tata calls such customers “non-bargainers” in the document seen by Reuters, in contrast to most Indians who buy low-priced local brands of lipsticks or skin creams from small mom-and-pop beauty stores where haggling for discounts is common.

The company is targeting shoppers with an annual income of at least 600,000 rupees ($7,358), which is more than three times the average earnings of $2,000 per year among India’s 1.4 billion inhabitants. The new stores should drive “sales across channels as a leading Beauty Tech destination for Gen Z & Millennials,” the Tata document says.

India’s $16 billion beauty and personal care market is much smaller than China’s $92 billion, but market research firm Euromonitor estimates India’s will grow an average 7% a year over the next few years.

“The Indian beauty market is not saturated – far from it,” said Devangshu Dutta, head of New Delhi-based retail consultancy firm Third Eyesight. “If you are investing for the long term, with higher income profiles and changing lifestyles in mind, there’s a long runway of growth ahead.”

Tata faces strong competition to take advantage of the projected growth. Sephora, which has been in India for around a decade, has 26 outlets selling beauty and fragrance brands. Reliance, led by billionaire Mukesh Ambani, has a long-term plan to open 400 beauty stores, the first of which may open inside a Mumbai mall next month, according to a person familiar with its plans. Reliance did not respond to a request for comment.

Indian beauty retailer Nykaa, backed by private equity firm TPG, asset manager Fidelity and endorsed by a Bollywood celebrity, has said it plans to open as many as 300 stores, from 124 now. The 10-year old company, which started as an online-only retailer, attracted attention to the sector last year when its stock nearly doubled after listing on the Mumbai stock exchange, valuing the company at the time at $14 billion.

Tata’s first “beauty tech” store will likely open by March, with further expansion stretching into next fiscal year beginning April that could see it open as many as 40 stores, according to the person familiar with the plan, who added the company will start with bigger cities such as New Delhi before considering smaller places.

However, Tata is struggling to persuade owners of upscale malls, where space is scarce, to take on a new beauty store where one already exists, if it does not have enough exclusive products or another differentiating factor to attract new customers and increase foot traffic to the mall as a whole, according to another person with direct knowledge of the discussions.

Alongside exclusive product launches, Tata is focusing on the in-store technology, which the document seen by Reuters describes as a “key differentiator.”

One of the tech tools will be a device Tata calls a “skin analyzer,” a device with a mirror that can read and analyse a customer’s skin to reveal 25 to 30 attributes that can help make product choices. There will also be “virtual try-on” kiosks for eye and face makeup. Among them will be a circular stand with lipsticks slotted in; as someone lifts one, a digital mirror-screen in front will automatically start showing how the colour shade will appear on the face, eliminating the need for repeated manual try-ons before a purchase.

Tata is also testing use of so-called geofencing technology to allow its store staff to detect when a customer using its app enters, and share the shopping history and wish-lists with staff to make better recommendations, the person familiar with the plans said.