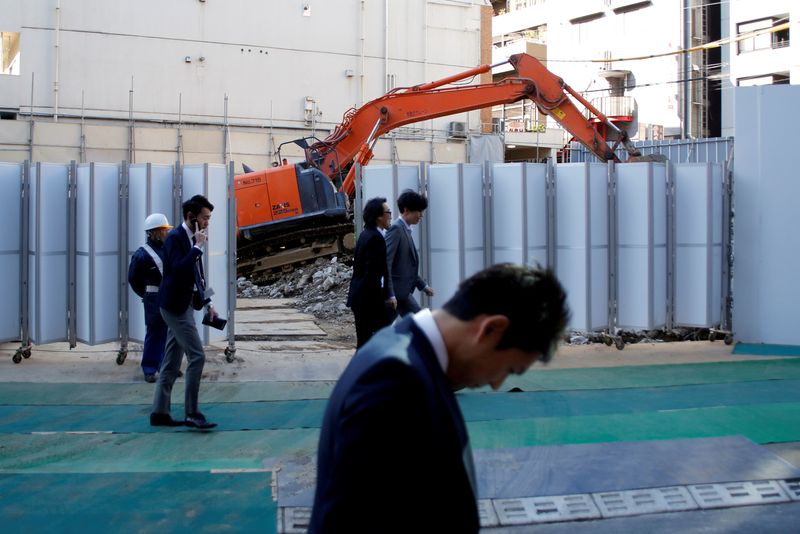 Core orders, a highly volatile data series regarded as a barometer of capital expenditure in the coming six to nine months, fell 4.6% in September from the previous month, Cabinet Office data showed.

That followed a 5.8% drop in August and was weaker than the median forecast of a 0.7% gain by economists in a Reuters poll.

Compared with a year earlier, core orders, which exclude volatile numbers from shipping and electric utilities, grew 2.9% in September, the data found.

Manufacturers surveyed by the Cabinet Office are expecting core orders to rise 3.6% in October-December, after a 1.6% drop in the previous quarter.

The government downgraded its view on machinery orders for the first time since February, saying the recovery is stalling.

Previously, the government said there were signs the economy was picking up.

“Considering manufacturers’ forecasts for October-December, and their solid corporate profits, their capital spending is expected to pick up as a trend,” said Takumi Tsunoda, chief economist at Shinkin Central Bank Research Institute.

He also said firms are expected to gradually carry out their investment plans, many of which were delayed due to supply chain disruptions, although risks still lie ahead.

“The outlook for the economy is uncertain due to risks such as the global economic slowdown and higher energy costs, which could cool down corporate sentiment, especially that of small firms, for investment,” he added.

By sector, orders from manufacturers slumped 8.5% in September from the previous month, dragged down by non-ferrous metals, while orders from the non-manufacturers grew 4.4%, led by information services and telecommunications industries, according to the data.

For the full table, go to the website of the Cabinet Office: