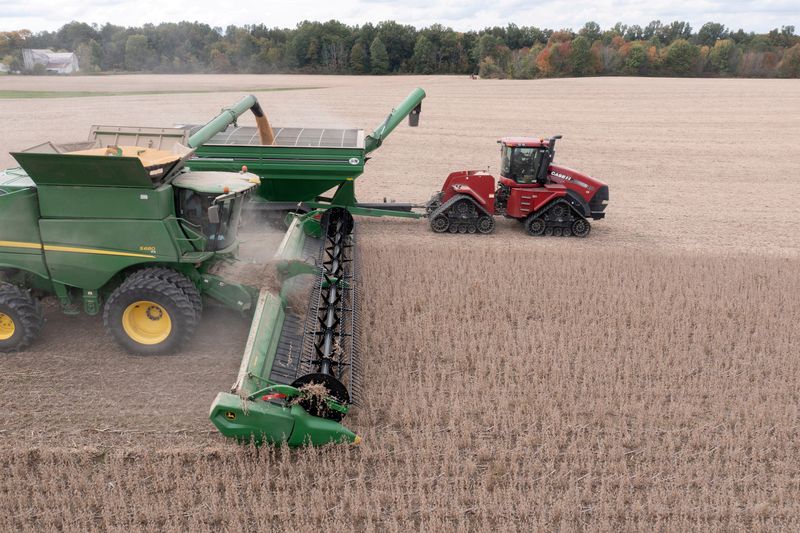 WASHINGTON, (Reuters) – U.S. President Joe Biden’s pledges to slash emissions from farming and to end American hunger by 2030 may be harder to realize now that Republicans flipped the House of Representatives with a thin majority.

Biden’s Democrats, who retain control of the Senate, will start negotiating in the coming months with Republican House leaders over a massive farm spending bill passed every five years that funds U.S. public food benefits and farm commodity programs.

“We know the Republicans will be less excited about innovation and will probably want to protect the status quo,” said Vanessa García Polanco, policy campaigns co-director of the National Young Farmers Coalition, a nonprofit group.

The House and Senate agriculture committees draft the bill, and both parties typically make concessions in negotiations. Biden’s With Republicans about to control the House, policy advocates said anti-hunger and environment groups may have to scale back policy proposals they had hoped to get included in the bill such as rewarding farmers for climate-friendly practices and expanding food benefits.

The House agriculture committee will likely be led starting in January by Glenn “GT” Thompson of Pennsylvania. A staffer for Thompson said his main goal is to get the bill passed and he does not yet have clear policy priorities. In past remarks, he has criticized U.S. Department of Agriculture (USDA) spending on climate programs, and supported restrictions on hunger benefits.

The farm bill has a historical reputation of bipartisanship, so some advocates told Reuters they are warily optimistic. Still, growing polarization in Congress could hinder strong hunger and climate goals. Passage of the 2014 farm bill was held up more than a year as conservative House Republicans tried unsuccessfully to strip the bill of nutrition programs.

About 80% of Republicans on the House Agriculture Committee are members of the conservative Republican Study Committee, whose 2023 budget recommendations similarly proposed dramatic changes such as separating nutrition and farm programs.

Democratic Senator Debbie Stabenow, chairwoman of the Senate Agriculture Committee, said she planned to lead a bipartisan negotiation process and that the bill would ultimately align with Biden’s priorities.

“Make no mistake: we cannot, and will not, go backwards,” she told Reuters in an email. “The climate crisis is real. Millions of Americans, including millions of children, are food insecure.”

In previous farm bills, Republicans on the House Agriculture Committee have sought tighter nutrition spending. The issue could be particularly contentious this time because emergency pandemic-era boosts to SNAP could expire as soon as January, said Ellen Vollinger of the Food Research & Action Center, an anti-hunger group.

“Whenever it does end, most SNAP recipients are going to lose about $82 a person a month,” she said, calling the looming expiration a “hunger cliff.” Surging food price inflation also has strained household budgets.

At an April agriculture committee hearing on the SNAP program, Thompson expressed support for tightening work requirements for benefit recipients. But Jim McGovern, a Democrat on the House farm committee, told Reuters any cuts to SNAP or changes to work requirements “will result in a farm bill not getting done, period.”

In September, at the first hunger conference of its kind in half a century, Biden pledged to end hunger by 2030. Many of the strategies he laid out would require Congressional action, but there was little Republican participation in the conference, which Thompson called a “political stunt”.

NOT A ‘CLIMATE BILL’

Thompson’s aide said he took issue with spending that money without Congressional input. At an August farm conference in Iowa, Thompson said if he led the agriculture committee, he would “ensure that the farm bill doesn’t become a climate bill.”

Vilsack told Reuters in an email that the agency was committed to its climate goals.

“At the request of farmers, ranchers and producers, we will find ways to increase their production and profits though climate-smart agriculture,” he said.

Hearings discussing the farm bill are underway, but negotiations are behind where they typically would be at this point in the farm bill cycle, in part because of Congressional priorities on other legislation, said Mike Lavender, interim policy director at the National Sustainable Agriculture Coalition, a farm policy group.