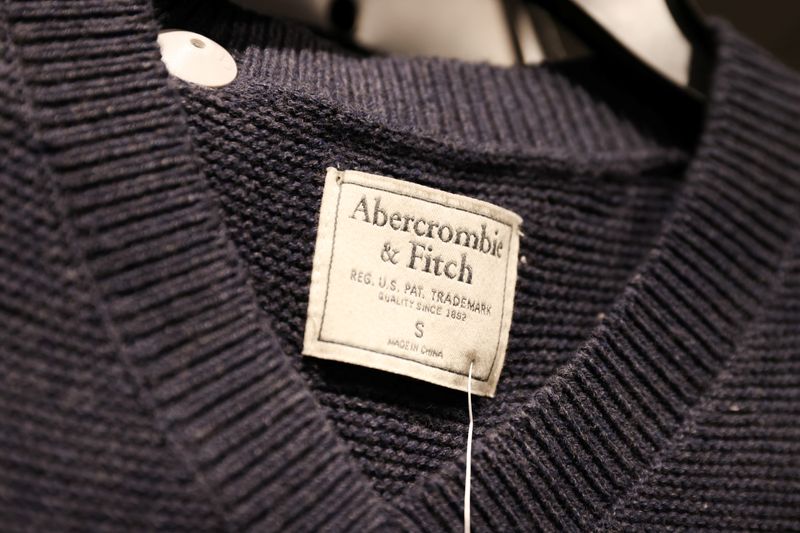 (Reuters) -Abercrombie & Fitch Co said on Tuesday it was “cautiously optimistic” about the holiday season and forecast a smaller-than-expected drop in current-quarter sales after resilient demand led to a surprise quarterly profit.

The Ohio-based apparel retailer’s shares that have lost nearly half of their value this year were up about 19% after the company also reported third-quarter sales above Wall Street estimates, defying inflation’s impact on non-essential spending.

The company’s attempt to revamp its inventory to get rid of casual and athleisure apparel that have fallen out of fashion and bring in new styles have attracted wealthier shoppers who remain unperturbed by decades-high inflation.

Abercrombie, however, said there was a little bit of softness in demand during late October and maybe into the first week of November.

American Eagle Outfitters (NYSE:), on the other hand, expects a bigger-than-expected fall in fourth-quarter sales, but sees gross margin in the range of 32% to 33%, at the higher end of its previous forecast, as it benefits from attempts to right size inventory.

Abercrombie expects fourth-quarter net sales to fall about 2% to 4% in fiscal 2022, compared with analysts’ average estimate of a 6.3% drop, according to Refinitiv IBES data.

Excluding items, it reported a profit of 1 cent per share in the third quarter, compared with estimates of a loss of 16 cents.