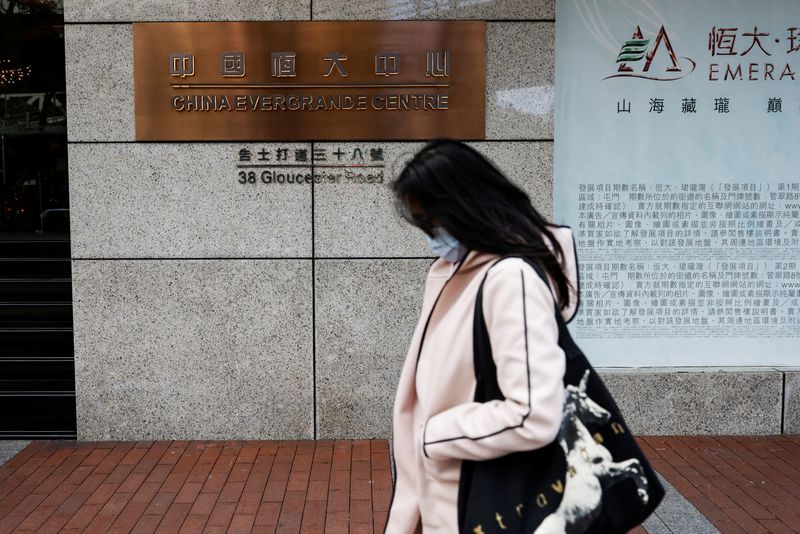 (Reuters) – Debt-laden developer China Evergrande Group has told offshore creditors that it plans to present a restructuring proposal as soon as the first week of December, Bloomberg News reported on Thursday.

The proposal could include swapping debt for shares in the company’s Hong Kong-listed auto and property management units, the report said, citing unnamed sources.

The group of creditors asked Chairman Hui Ka Yan to infuse at least $2 billion of his personal wealth into Evergrande as a condition for agreeing on any proposals from the company, it added.

Evergrande did not immediately respond to a request for comment.

Reuters last week reported that Evergrande plans to use domestic assets as sweeteners to win offshore creditor approval for a long-awaited debt restructuring.

Engulfed by $300 billion in liabilities, the company aims to start negotiating restructuring terms next month and is combing through onshore assets to offer as additional credit enhancement to holders of its U.S. dollar-denominated bonds.

Once China’s top-selling property developer, Evergrande has been at the centre of a deepening property debt crisis that has led to multiple developers defaulting on offshore debt obligations over the past year.