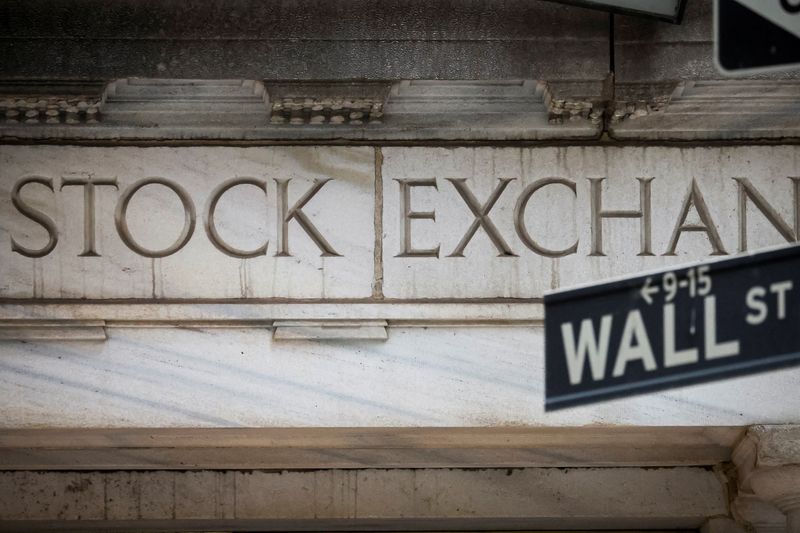 By Carolina Mandl and Ankika Biswas

(Reuters) – The Nasdaq closed lower on Friday with pressure from Apple Inc (NASDAQ:) in a subdued holiday-shortened trading session for Wall Street, as investors watched Black Friday sales and COVID-19 cases in China.

Apple fell 2.0% on news of reduced iPhone shipments from a Foxconn plant in China in November as production was hit by COVID-related worker unrest.

The session focused on retailers as Black Friday sales kicked off against the backdrop of stubbornly high inflation and cooling economic growth.

Shoppers were expected to turn out in record numbers to shop for Black Friday deals, but with inclement weather, crowds outside stores were thin on the traditionally busiest shopping day of the year.

U.S. retail stocks have become a barometer of consumer confidence as inflation bites. So far this year, the retail index is down a little over 30%, while the S&P 500 has fallen 15%.

“It’s such a low volume trading day as most people are at home that I never count Friday after Thanksgiving,” said Ed Cofrancesco, chief executive officer of International Assets Advisory, in Orlando, Florida.

Volume on U.S. exchanges was 4.54 billion shares, compared with the 11.25 billion full-session average over the last 20 trading days.

Wall street’s main indexes have rallied strongly from their early October lows, with the S&P 500 up more than 15% on a boost from a better-than-expected earnings season and more recently on hopes of less aggressive interest rates hikes by the U.S. Federal Reserve.

Analysts now see a 71.1% chance that the Fed will increase its key benchmark rate by 50 basis points in December, with rates peaking in June 2023.

All three indexes ended the Thanksgiving week with gains, led by the Dow, which rose 1.78%.

Advancing issues outnumbered decliners on the NYSE by a 1.81-to-1 ratio; on Nasdaq, a 1.35-to-1 ratio favored advancers.